Chronicles of Vorus is an ongoing visual project showcasing the art and characters I have designed for the 5th Edition, Dungeon and Dragons home campaign I have been dungeon mastering since 2019. The following images tell the story of four heroes played by Thomas Rispler, Matthew Friesen (🐦📷 @mattfreezen), Sarah Friesen (🐦📷 @youcantrewind) and Devon Hebert (📷 @oneofmanydevons). This epic tale is set in my personal world of Vorus. - Colton Balske
If you would like to support this project, feel free to by me a coffee:ko-fi.com/kravenskeep 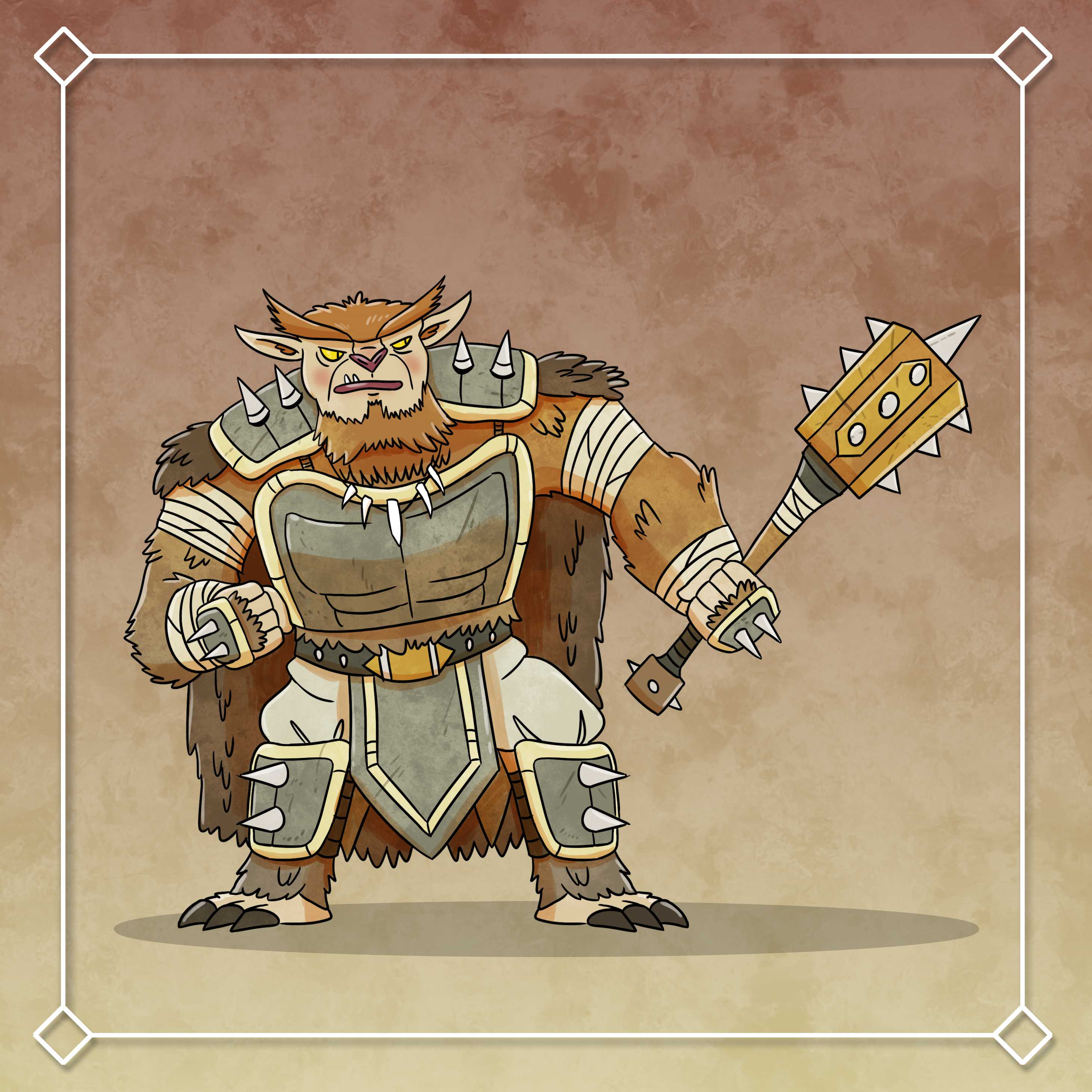 28. BUGBEAR
‍The village of Maylark has been plagued by raids over the past thirty years. The raids consist of goblinoid groups from the town of Bloon Guff. One of these attacks is underway as the characters arrive. The heroes offer swift help to The Keepers of Maylark in the fray. 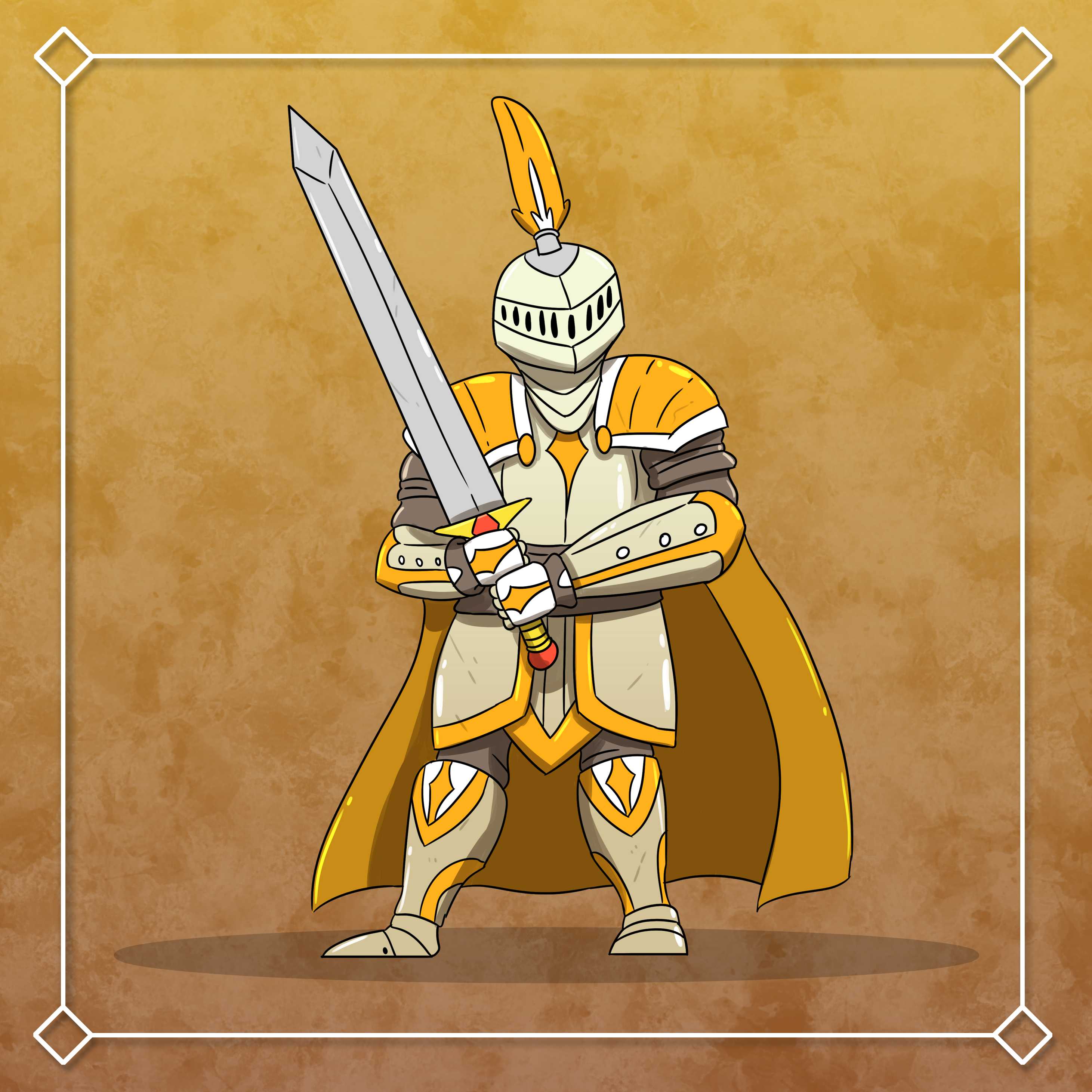 27. KNIGHT OF THE KEEPERS
‍The final stop in their quest for items of lore brings the party to the town of Maylark, a town guarded by a group known as The Keepers. 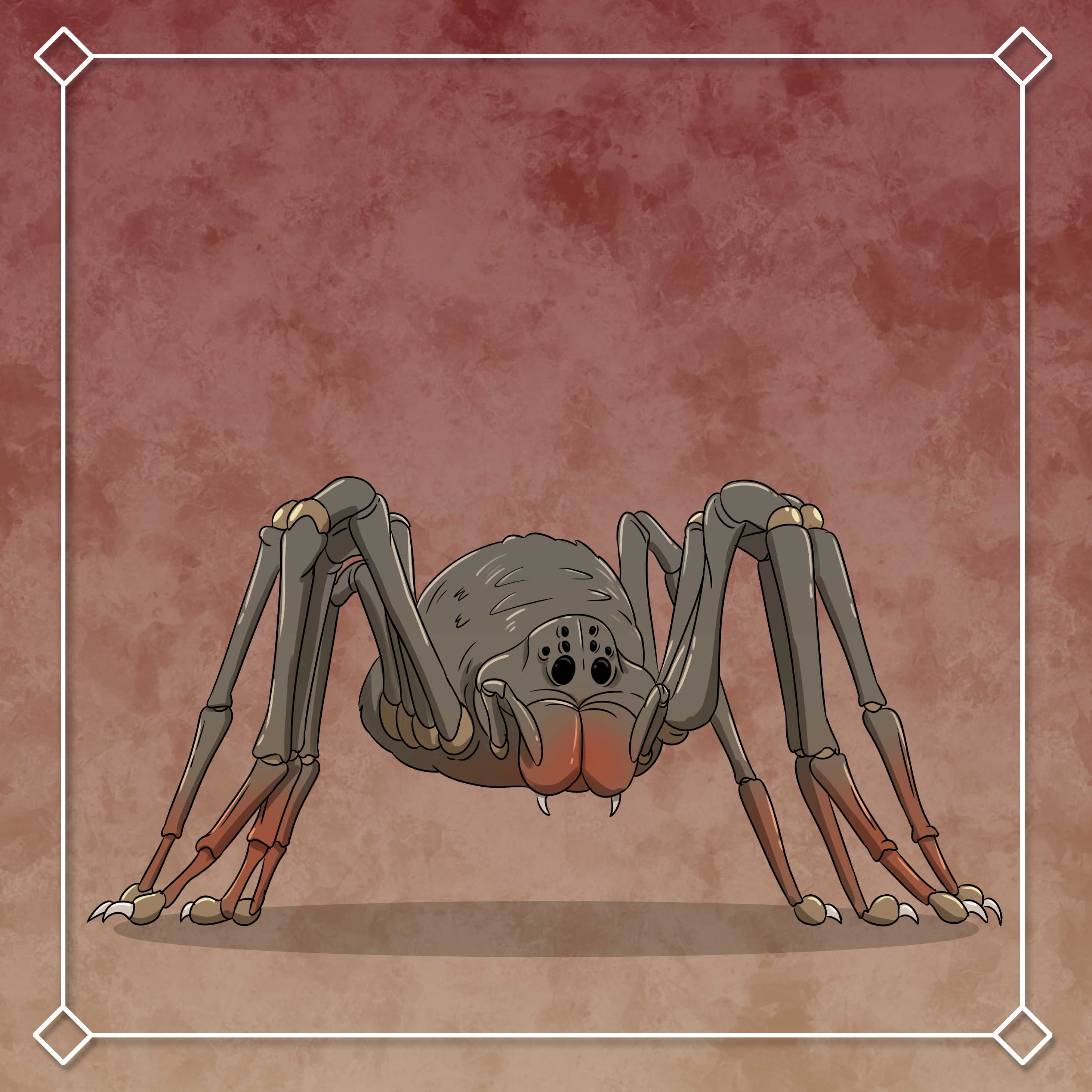 26. GIANT SPIDER
‍In the tomb the heroes narrowly avoid an ancient poison dart trap before being attacked by two very hungry giant spiders in their web-filled den. After they dispatch the two beasts the characters find their prize hidden in a chamber beneath a fake tomb. The prize being an ancient item known as The Crimson Necklace which is in fact a Necklace of Fireballs. 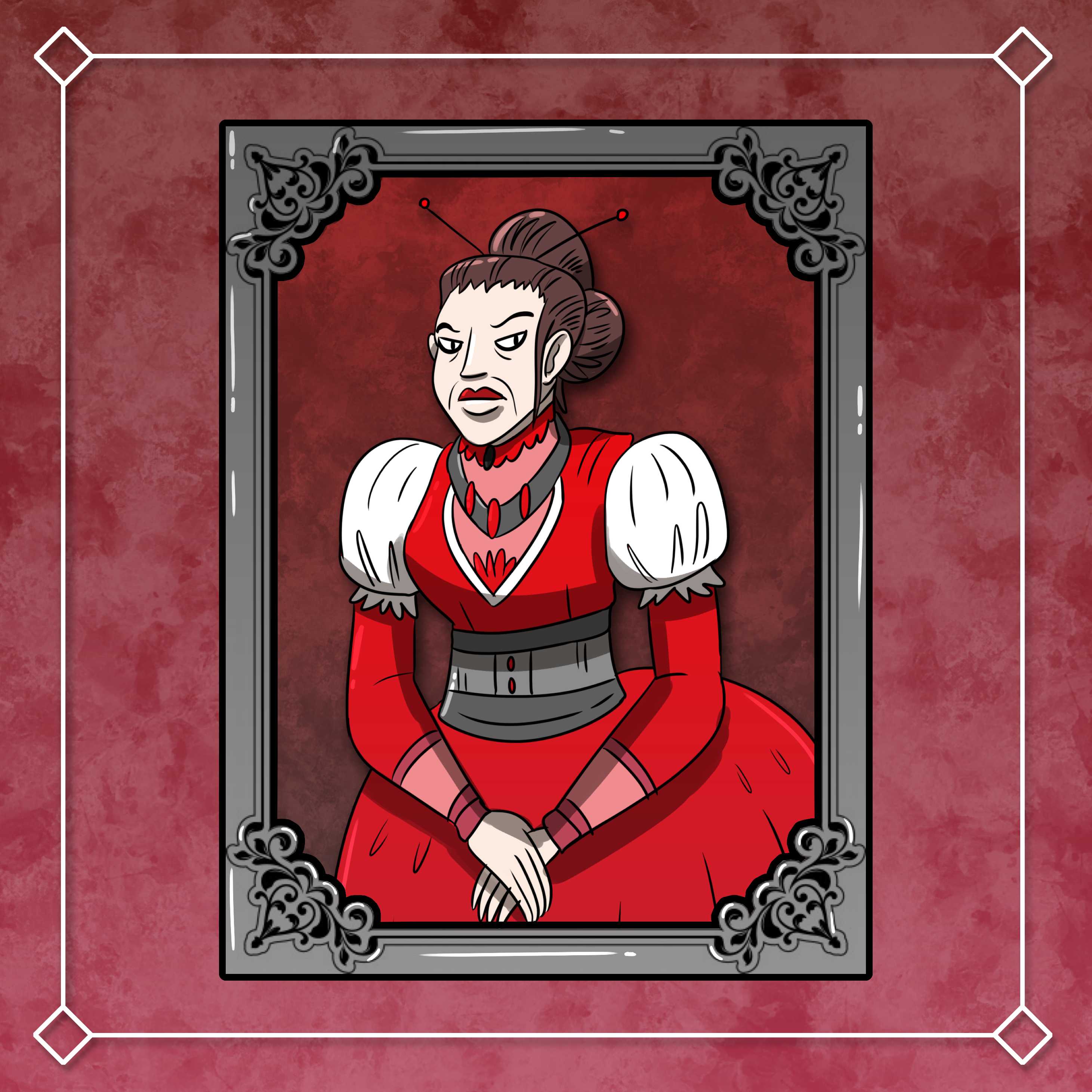 25. LADY CRIMSON
‍The second leg of the hero's search for magic weapons brings them to the city of Crimson. Crimson is a posh city of nobles and wealth located in the Argyle Valley. The party's lead to the ancient tomb of Lady Evelyn Crimson, a sorceress of fire who founded the city of Crimson. 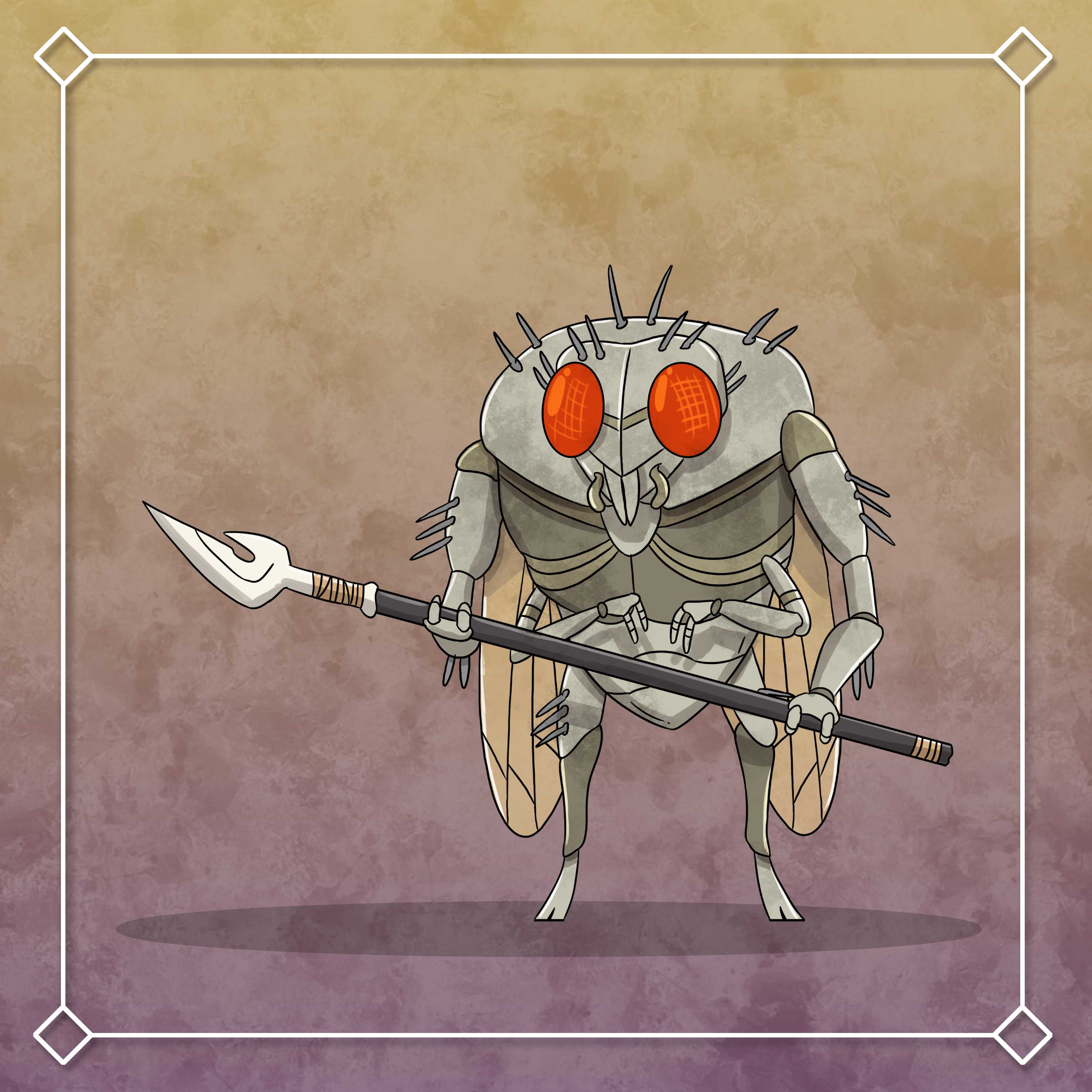 24. STYWING
‍These foul creatures are scavengers and are currently infesting the legendary House of Boil, the home of the famous dwarf druid Boil. After the heroes take out the creatures squatting there, a hidden passage is discovered beneath the home. After setting off a glyph of warding trap the party finds the first of three items: the Wand of Boil which is in fact a Wand of Polymorph 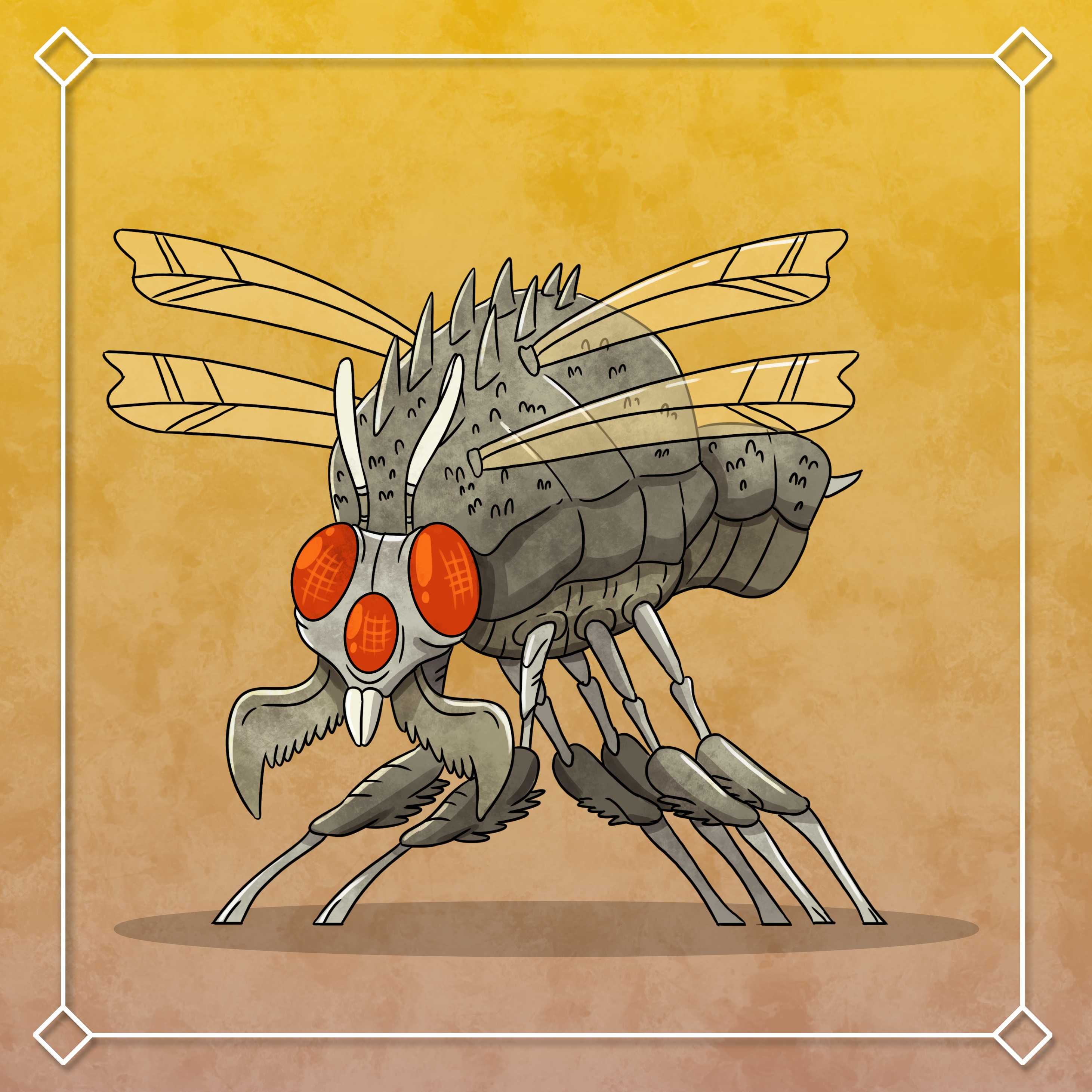 23. MURDERFLY
‍The first leg of the search leads to a small hovel on the edge of a bog just outside the town of Millhaven. The legendary “House of Boil” has sat empty for decades and has most recently become the home of a series of fly like humanoids. These creatures keep a large fly-like creature as a guard dog. 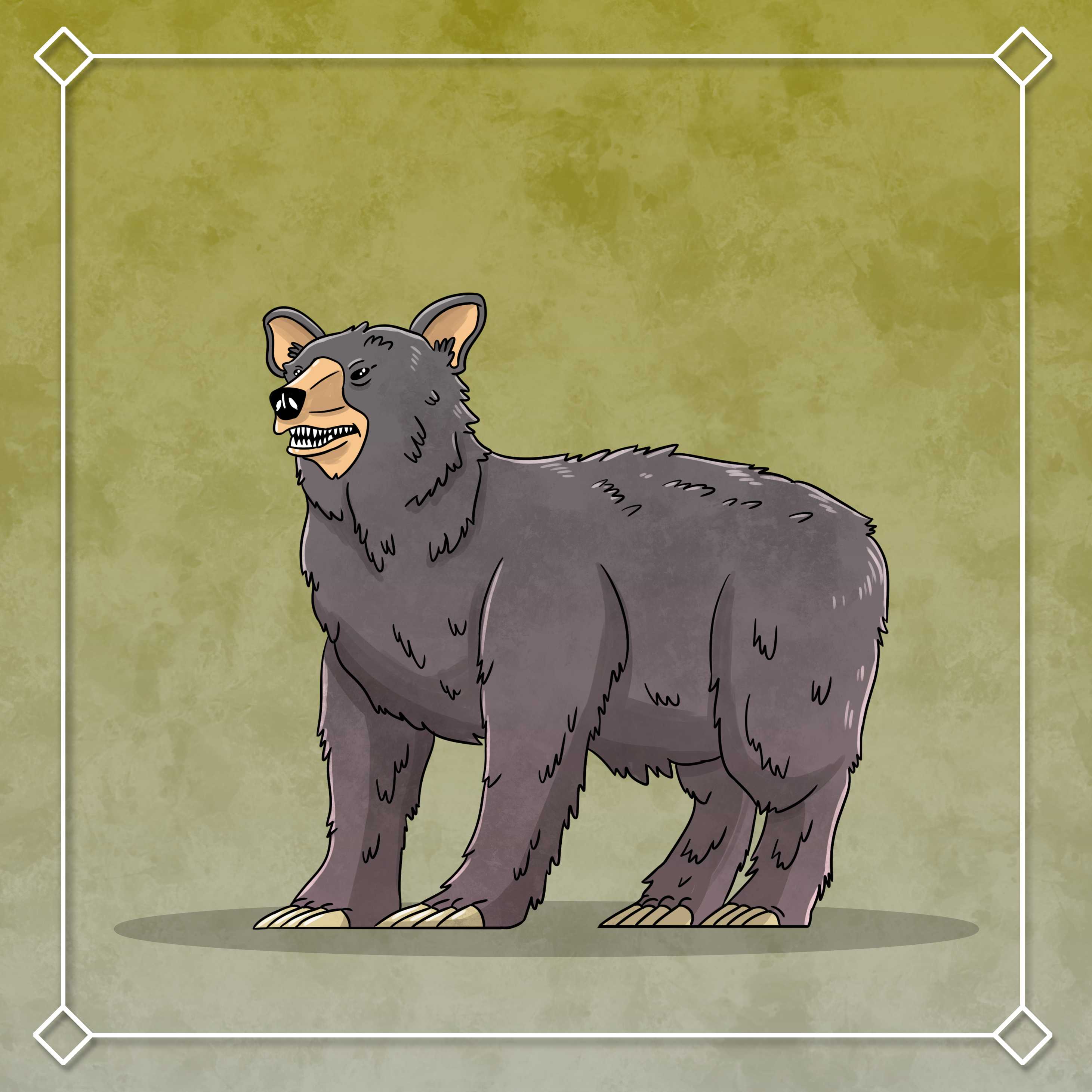 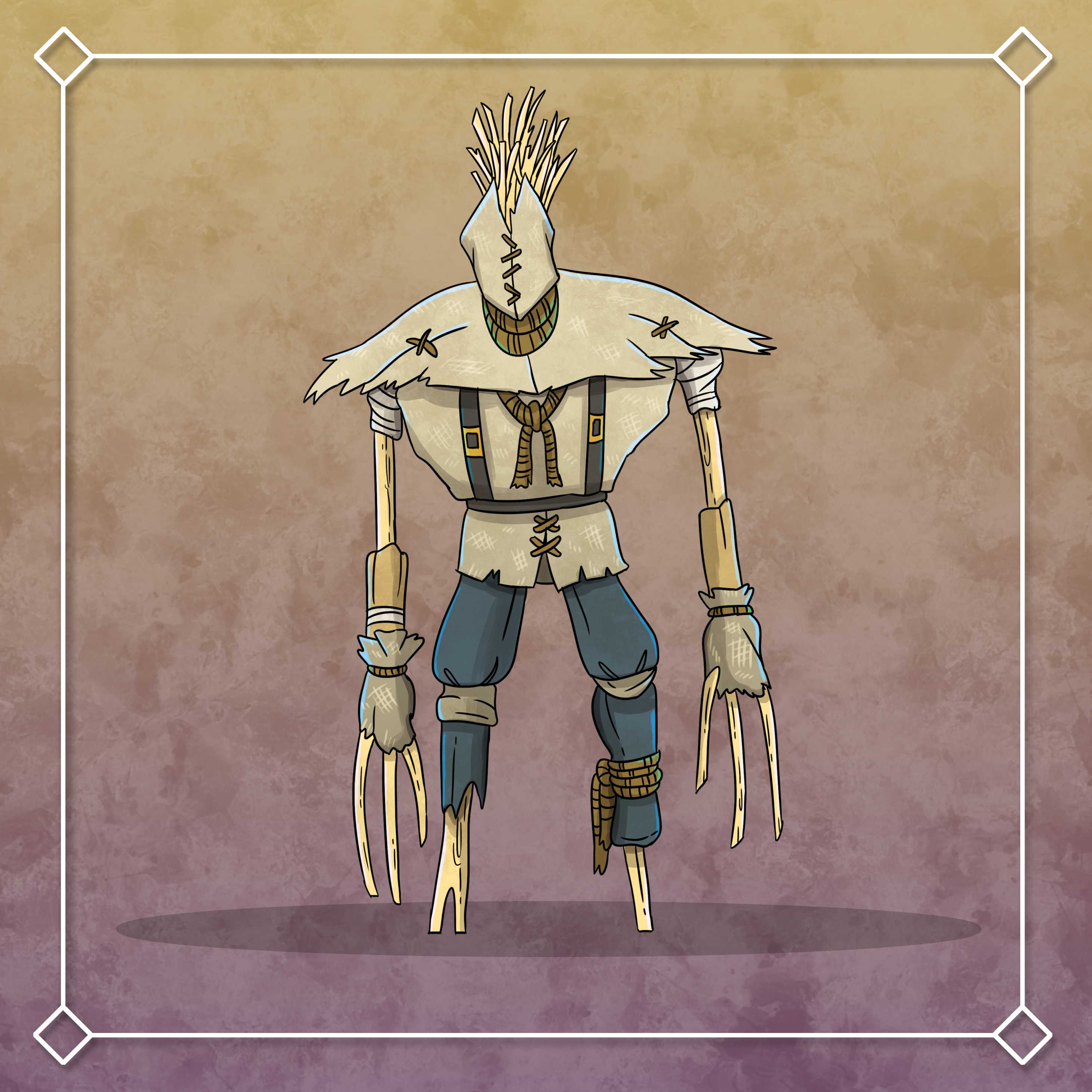 21. SCARECROW
The heroes embark on their journey across the Argyle Valley of Nost. While most of the roads are safe, sometimes strange threats emerge. A group of fiendish scarecrows blocks their path before they attack the party. Their presence is definitely troubling 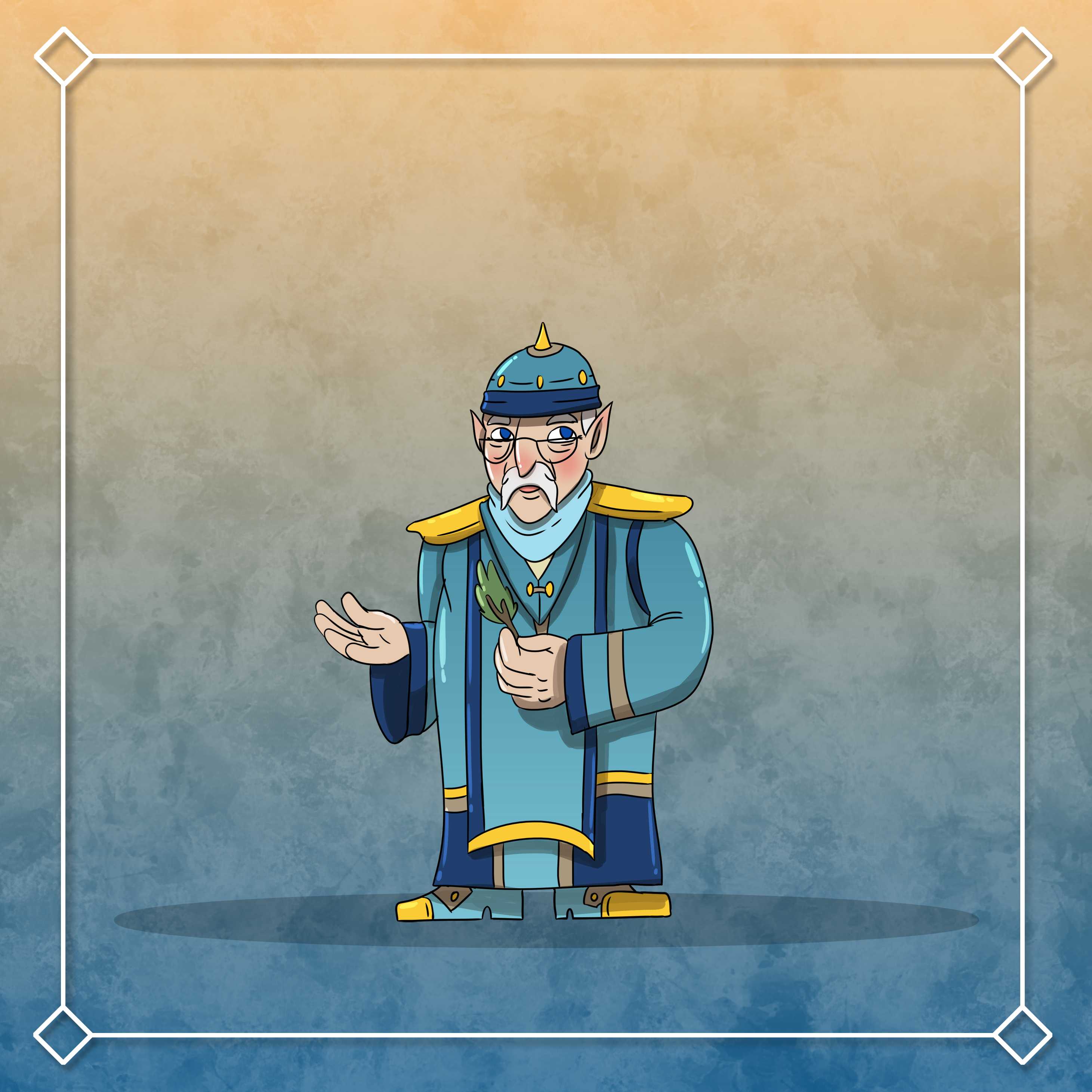 20. HELDWIN FEATHERWIND
Before they can get a heading, the heroes talk to a halfling wizard named Heldwin Featherwind at his magic shop in Emmerset. After consulting some old books on the Argyle Valley, Heldwin reveals there are three items of lore that may give the heroes more power: The Wand of Boil by the town of Millhaven, The Crimson Necklace in the city of Crimson and The Eye of Maylark in the town of Maylark 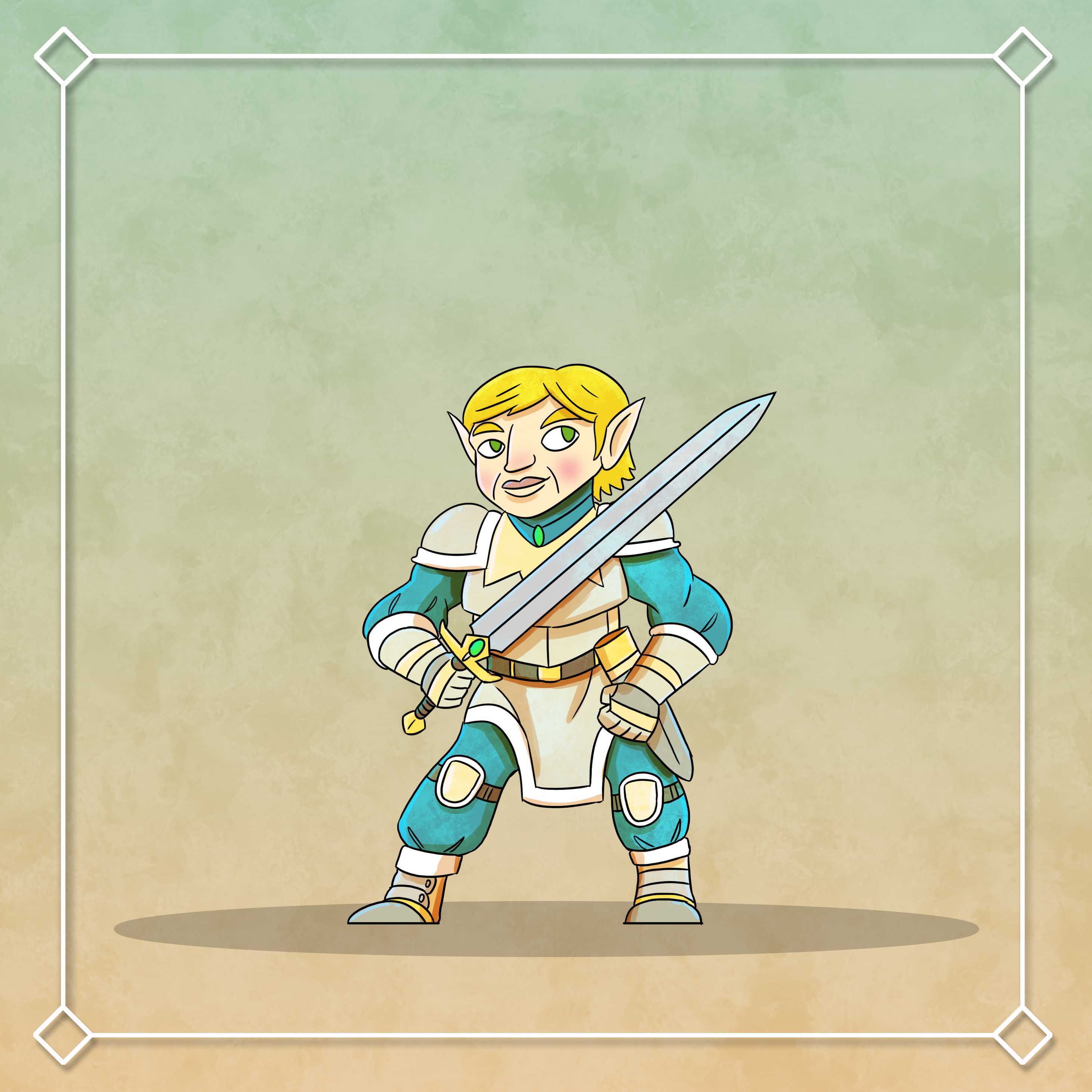 19. FELISHIA MARROWYND
Felishia Marrowynd, was the missing guard under constable Hota Razorclaw. Felishia is embarrassed she was caught by the Inventor while investigating. She reveals that the hero’s work may not yet be done. The Inventor wrote correspondence to a being simply called “The Captain”. The Inventor threatens to take his “army” and over-throw Bloon Guff, once a trading town that is now occupied by a horde of goblinoids. In order to face this threat, Felishia suggests they find items of magic power to aid them, and adds herself to the party. 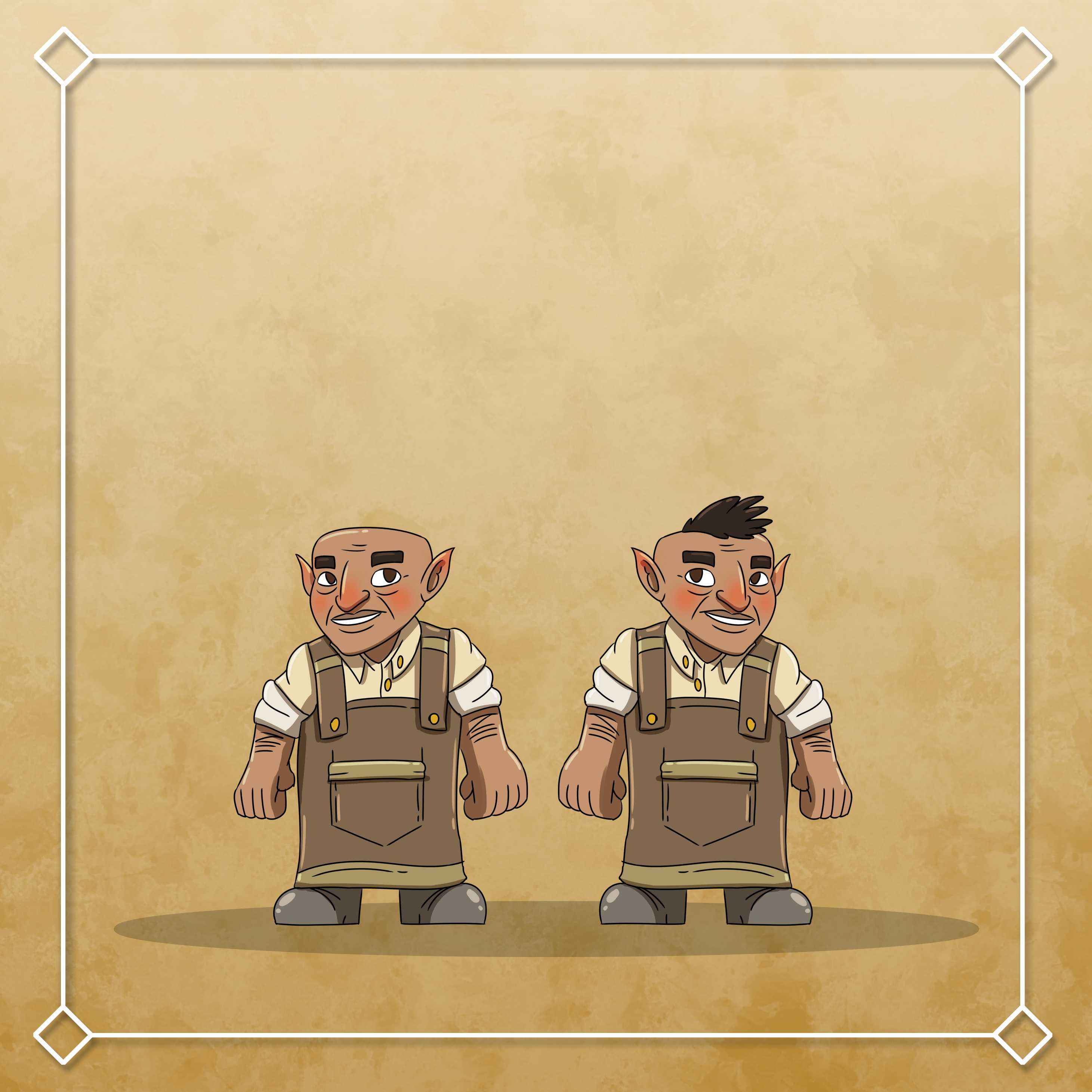 18. BRIK AND BRAK
Among the kidnapped victims of the Inventor are two gnomish twin brothers named Brik and Brak. The brothers work at one of the Inns that operates in Emmerset. They are grateful for the rescue as are the two other living captives an elderly half-elf woman and a young female gnome. 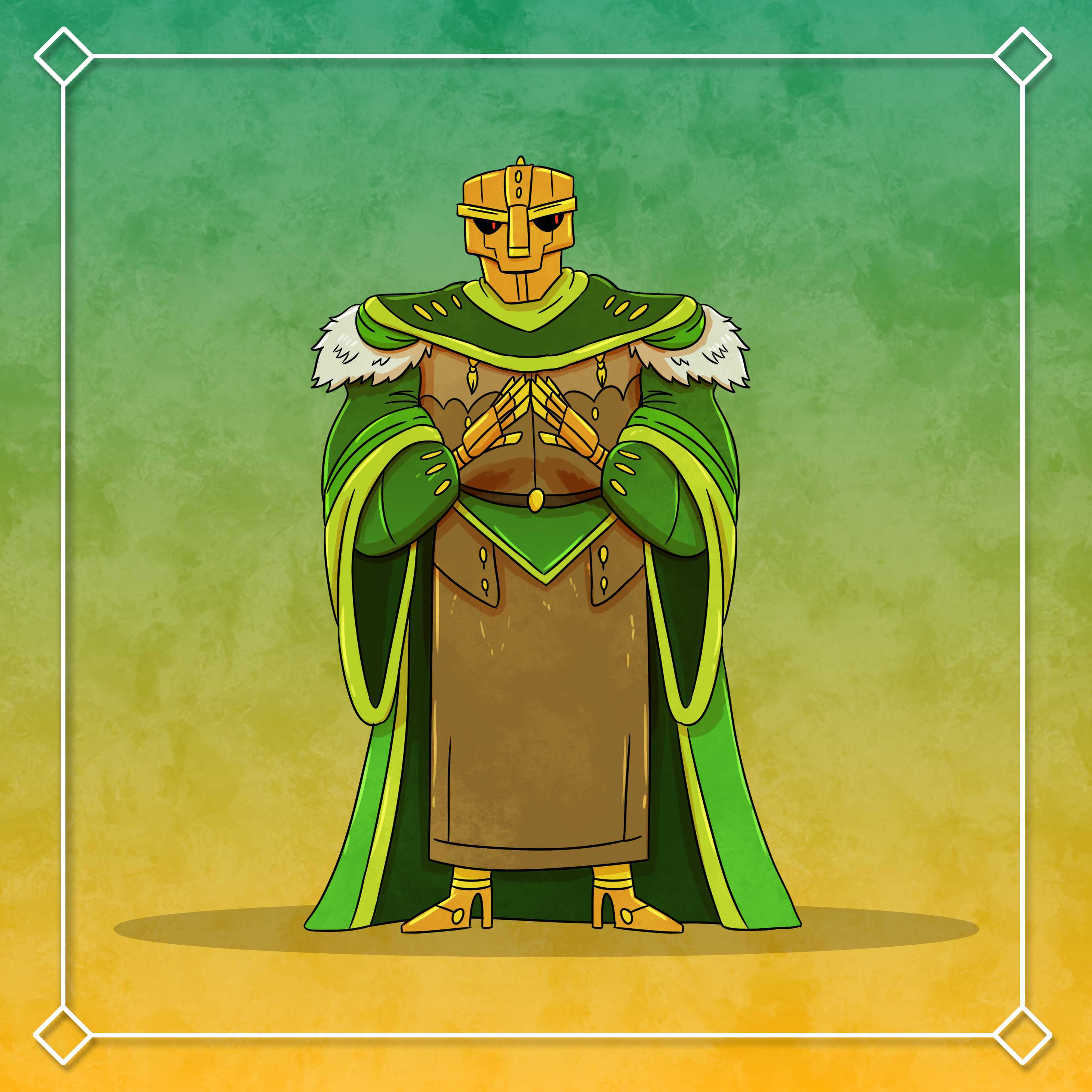 17. THE INVENTOR
After finding a secret passage hidden in the library, the heroes finally confront the villain behind the kidnappings! An evil humanoid mage made completely of metal had been ordering its Modron replicas to capture fresh victims to study. Its red eyes look up to the heroes. The party arrived just as the villain loomed over its next sedated victim. A battle ensues and the Inventor is quickly slain, its evil dissections put to rest. The dark mystery in Emmerset is solved.

16. GIANT SPIDERS
If the construct guards were not enough to contend with, two giant spiders attack the heroes. They appear to be lairing in the shadows of a subterranean library. 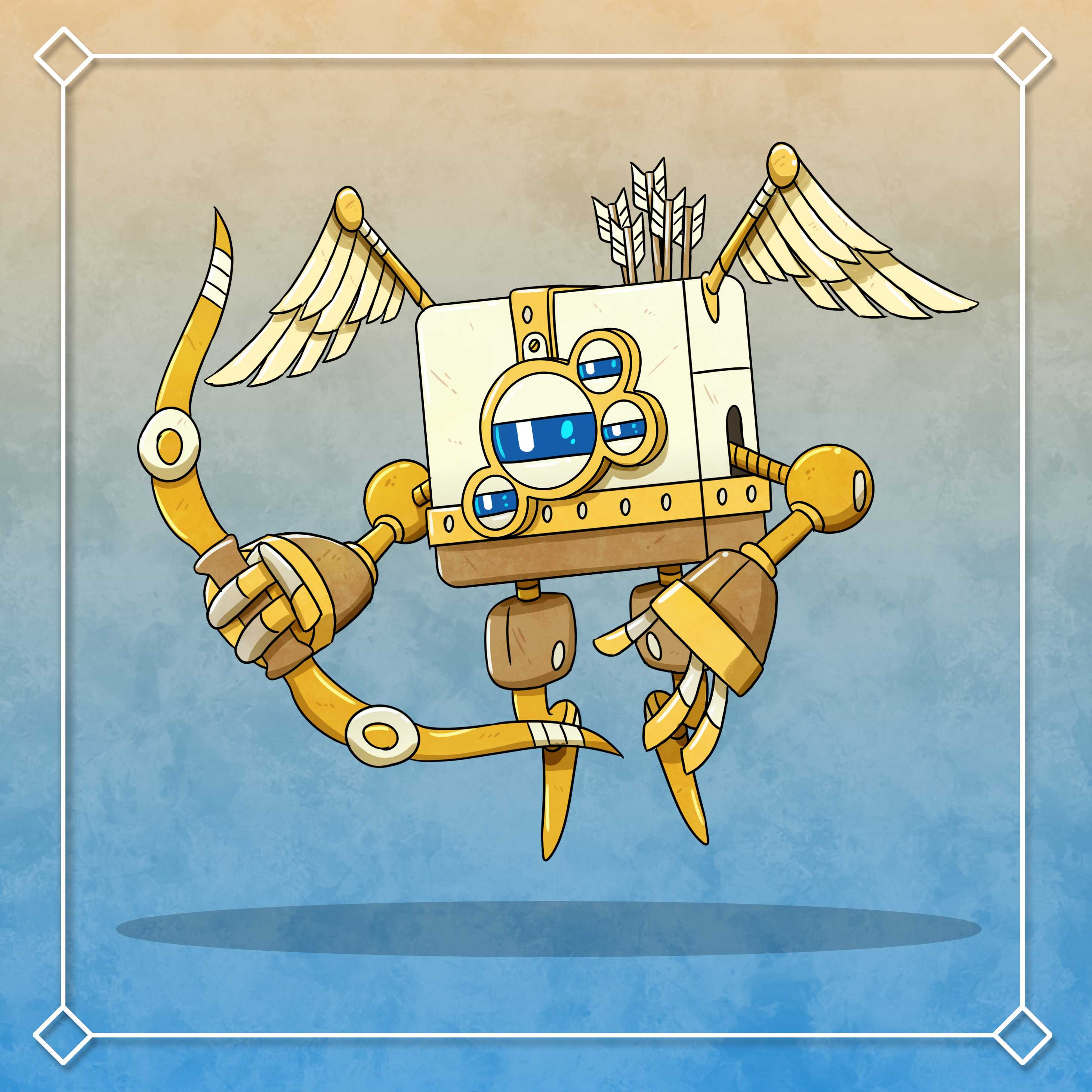 15. QUADRONE
Ancient scrolls, mechanical contraptions, and swirling potions are found among other ancient runes. It appears to be the lair of a mage or artificer for certain! Strange cube-shaped creatures are found. Vigilant protectors of the lair's chambers 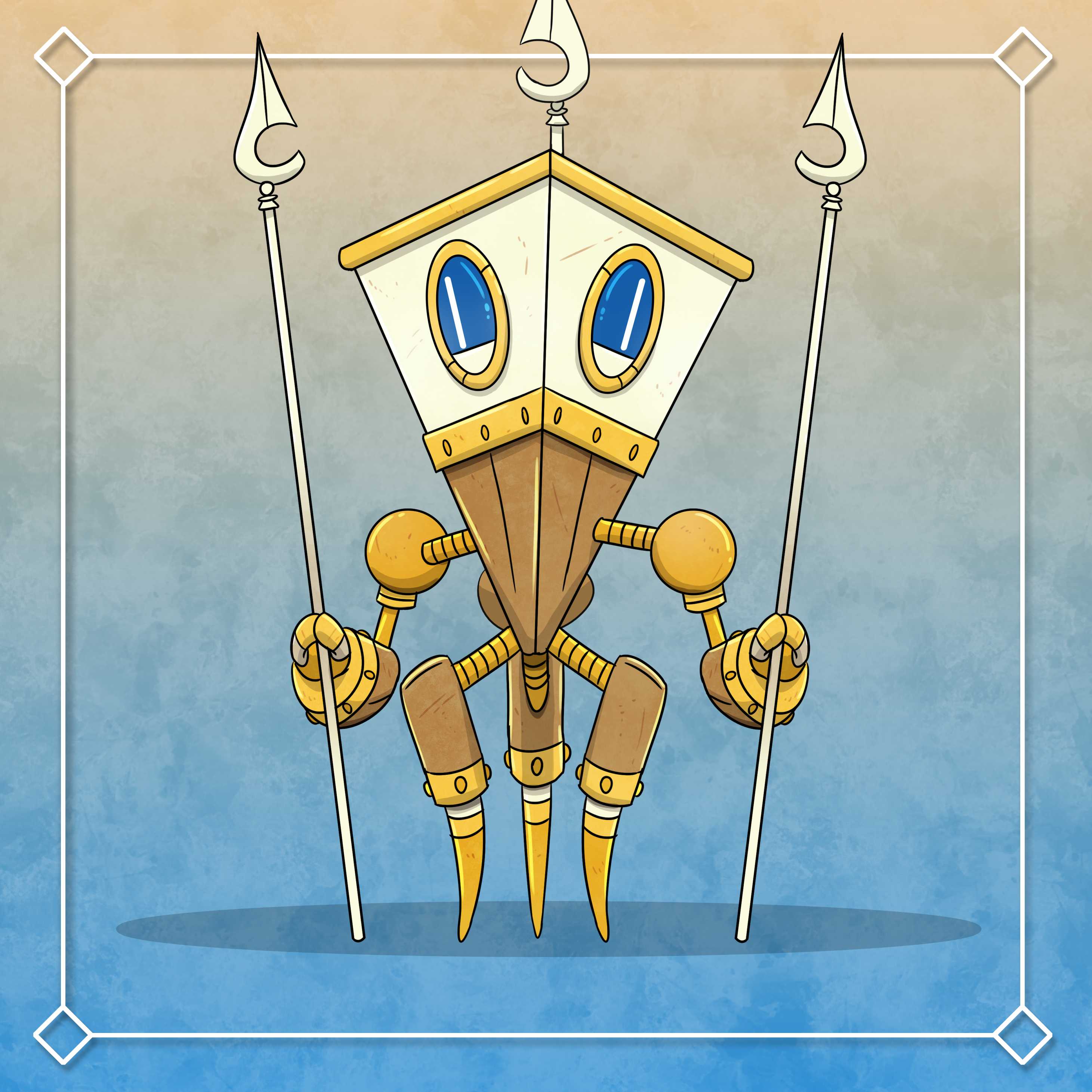 14. TRIDRONE
Something strange is certainly hidden here. After a fray with more creatures, the party finds a trapdoor in the back courtyard of the estate that leads to a dungeon hidden beneath the manor. 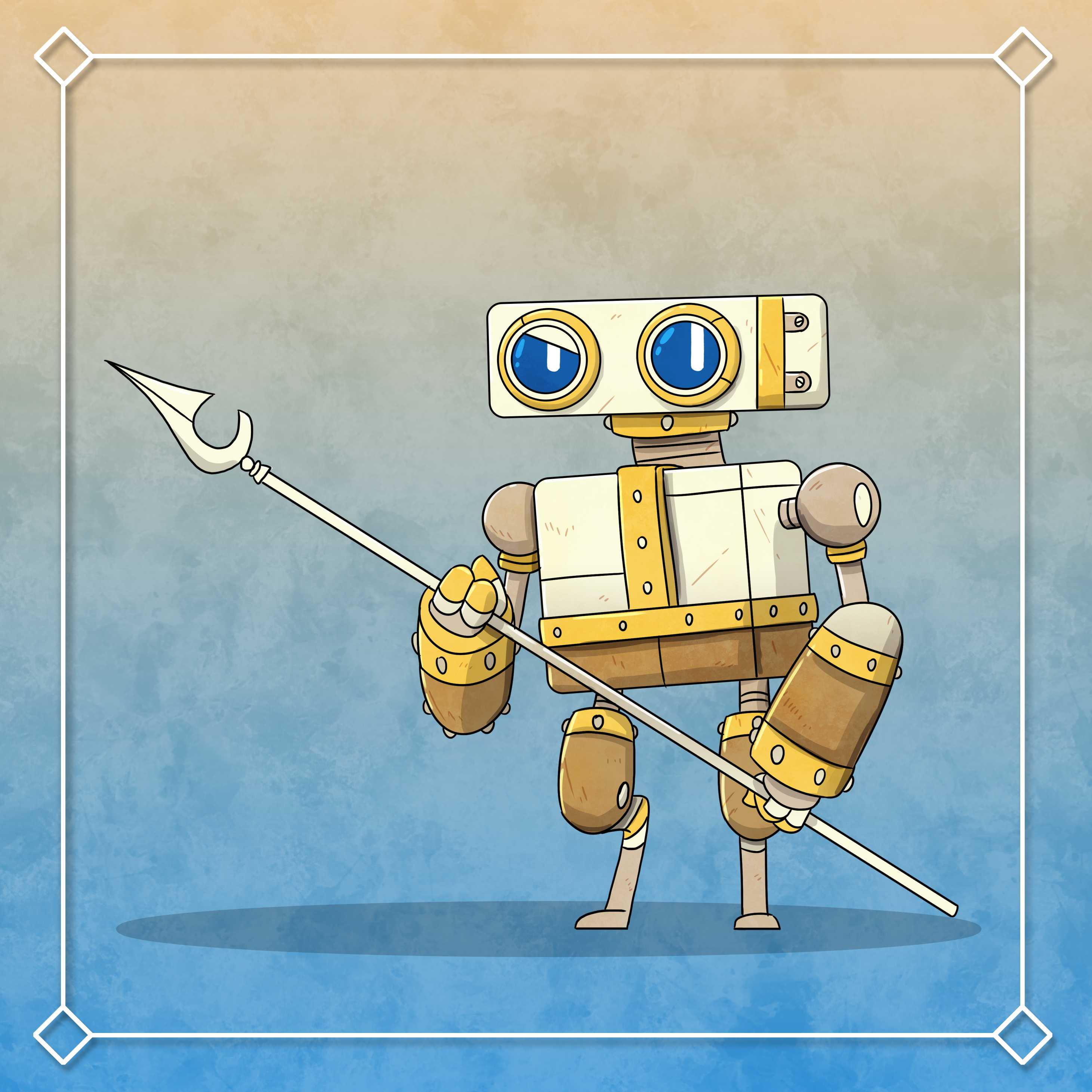 13. DUDRONE
More strange mechanical creatures appear. Incandesce recalls legends of creatures called Modrons that originate from another plane of existence. The creatures of Goldleaf Manor differ as these Modrons do not disintegrate upon death like the true Modrons. 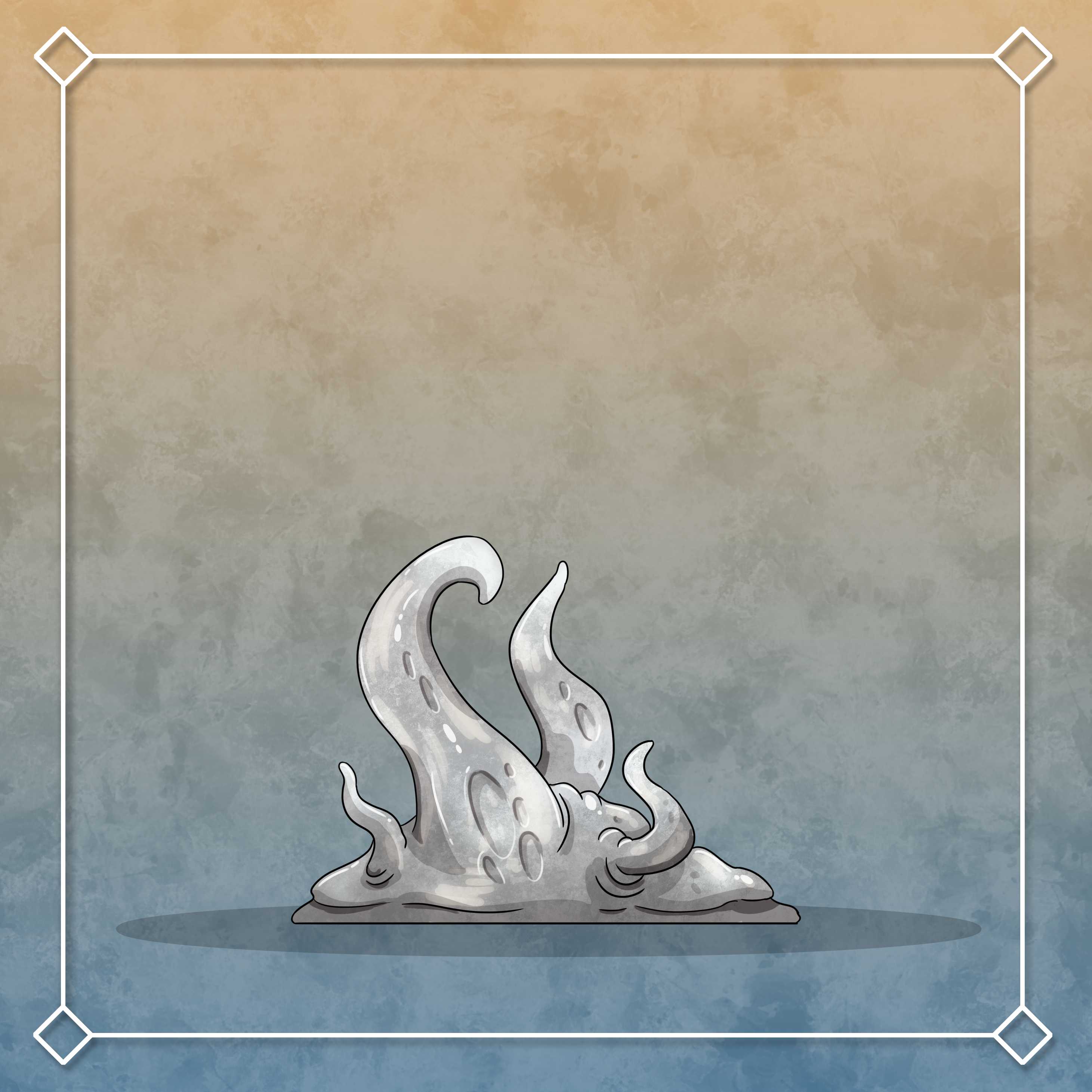 12. GRAY OOZE
After the mechanical creatures are dispatched, further exploring reveals two hungry oozes. These blobs of slime threaten to dissolve flesh and steel as the characters unravel the mystery within the manor’s walls. 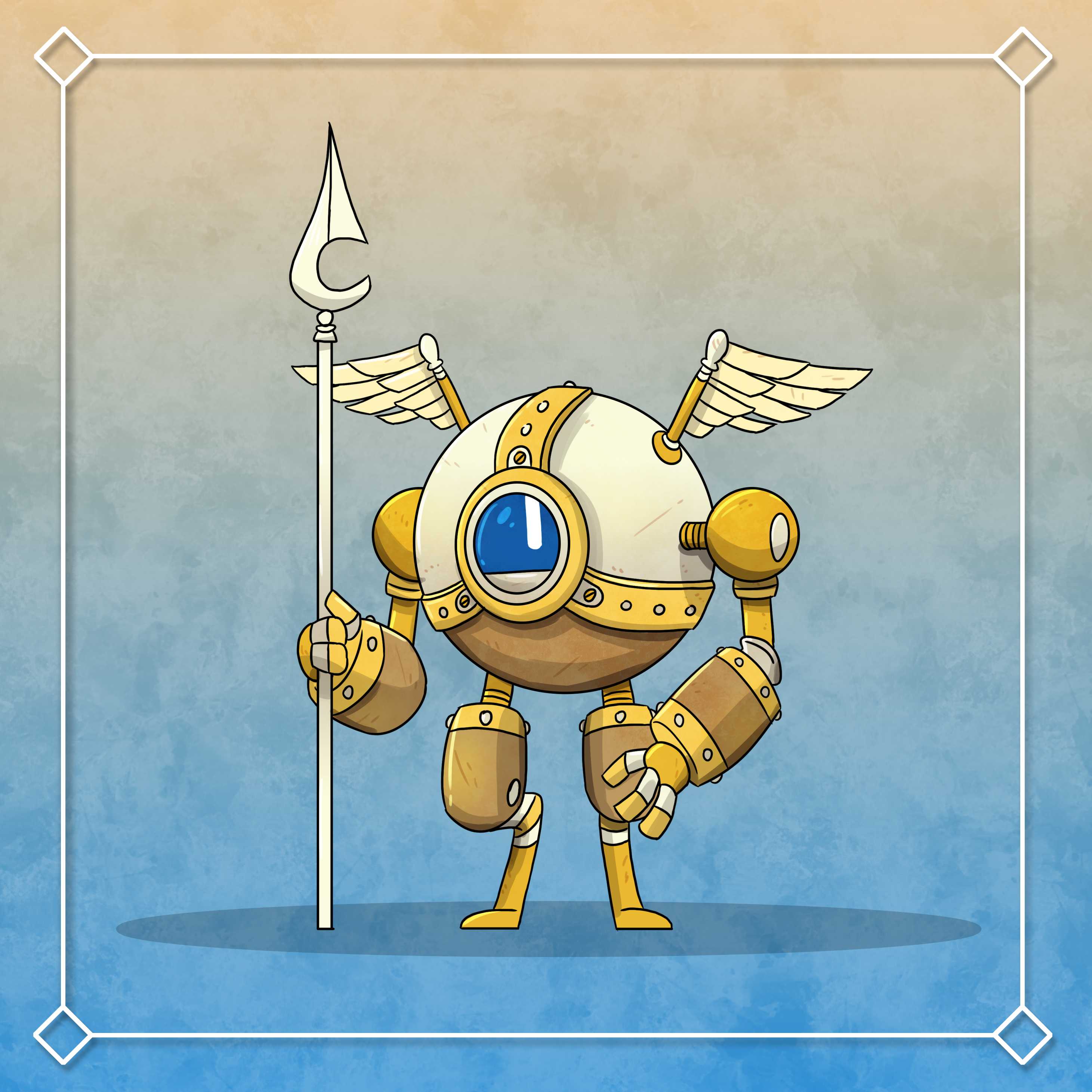 11. MONODRONE
Hota tells the heroes the only lead was from an eyewitness to an abduction. The witness saw a victim being taken to Goldleaf Manor, a believed abandoned home that is isolated on the north side of Emmerset. The party hurry over and begin a search of the estate. The heroes soon discover the manor is occupied by many strange mechanical creatures. 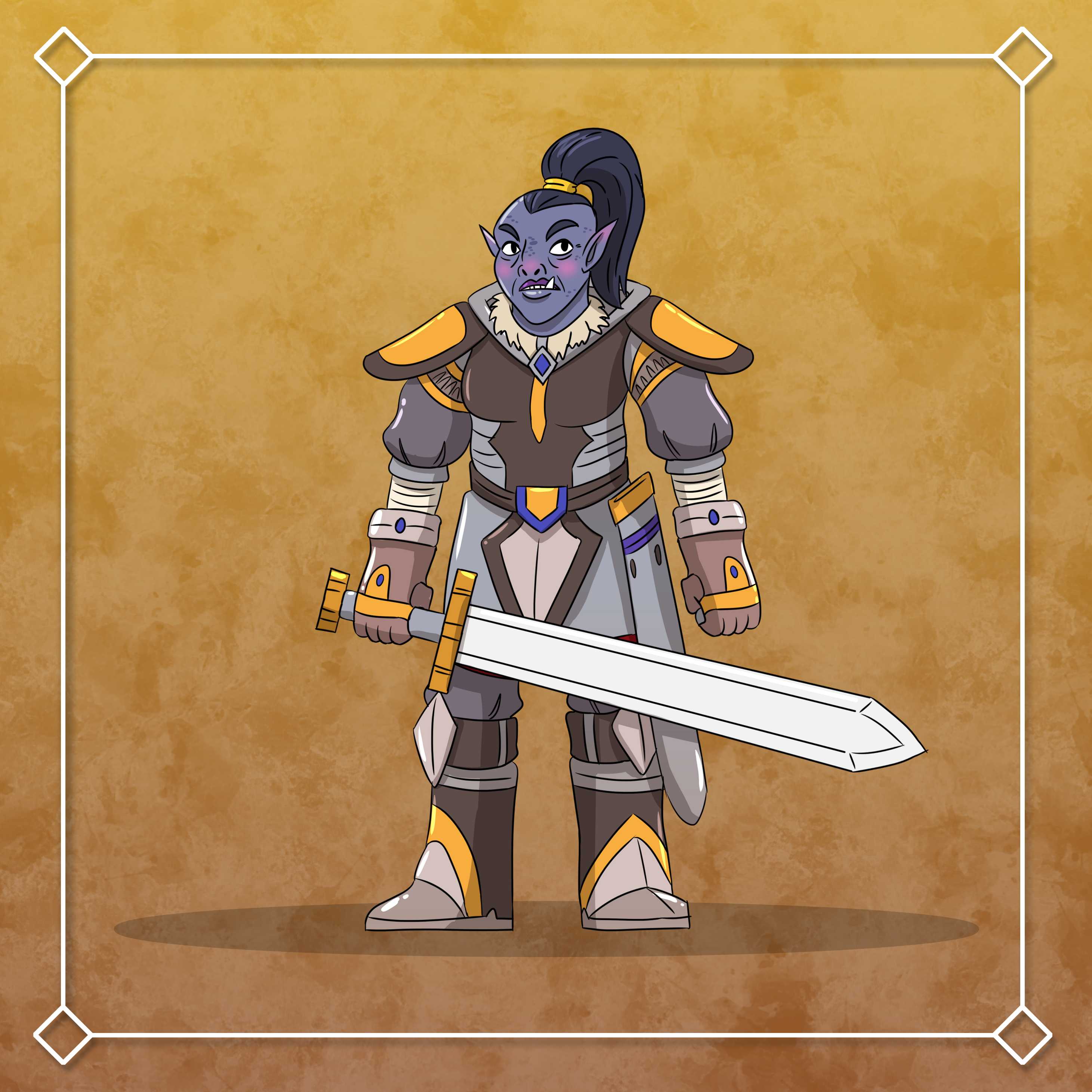 10. HOTA RAZORCLAW
Following up on Herc's suggestion the party speaks with constable Hota Razorclaw of Emmerset, a stubborn half-orc female. She explains she could use the help since her best guard was one of the recent people to go missing. Hota explains the guard was looking into the other recent disappearance. Hota offers to pay the group for each person brought home, dead or alive, as well as for the capture or killing of the party responsible. 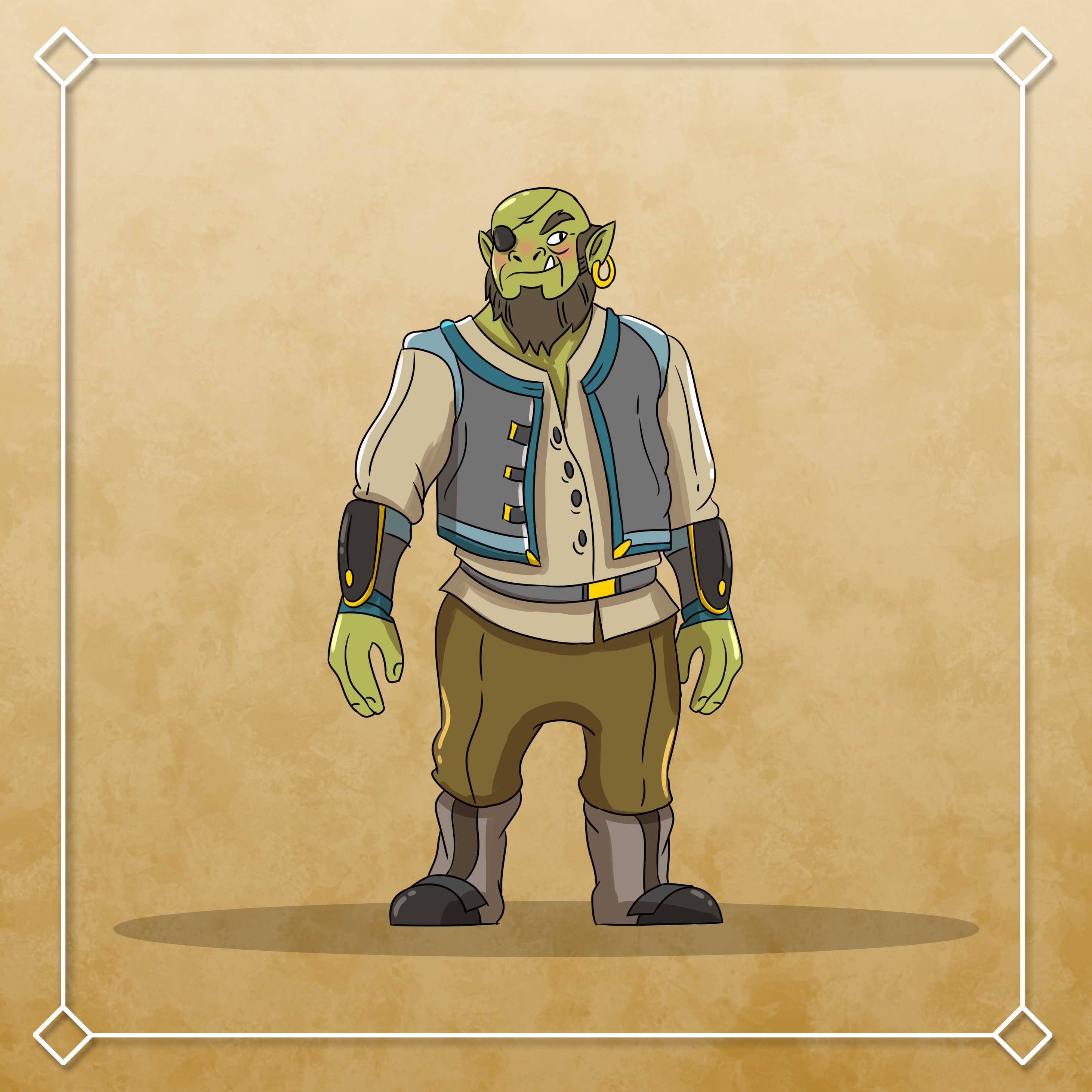 9. HERC
Once in Emmerset the party rests and begins looking for the next adventure! The most natural place to start is the local tavern of Emmerset: One-Eyed Wolf Tavern. Herc, the half-orc barkeep, explains that people have been disappearing in Emmerset. At first, these disappearances were several years apart, then only months, and now two have occurred in the last week. 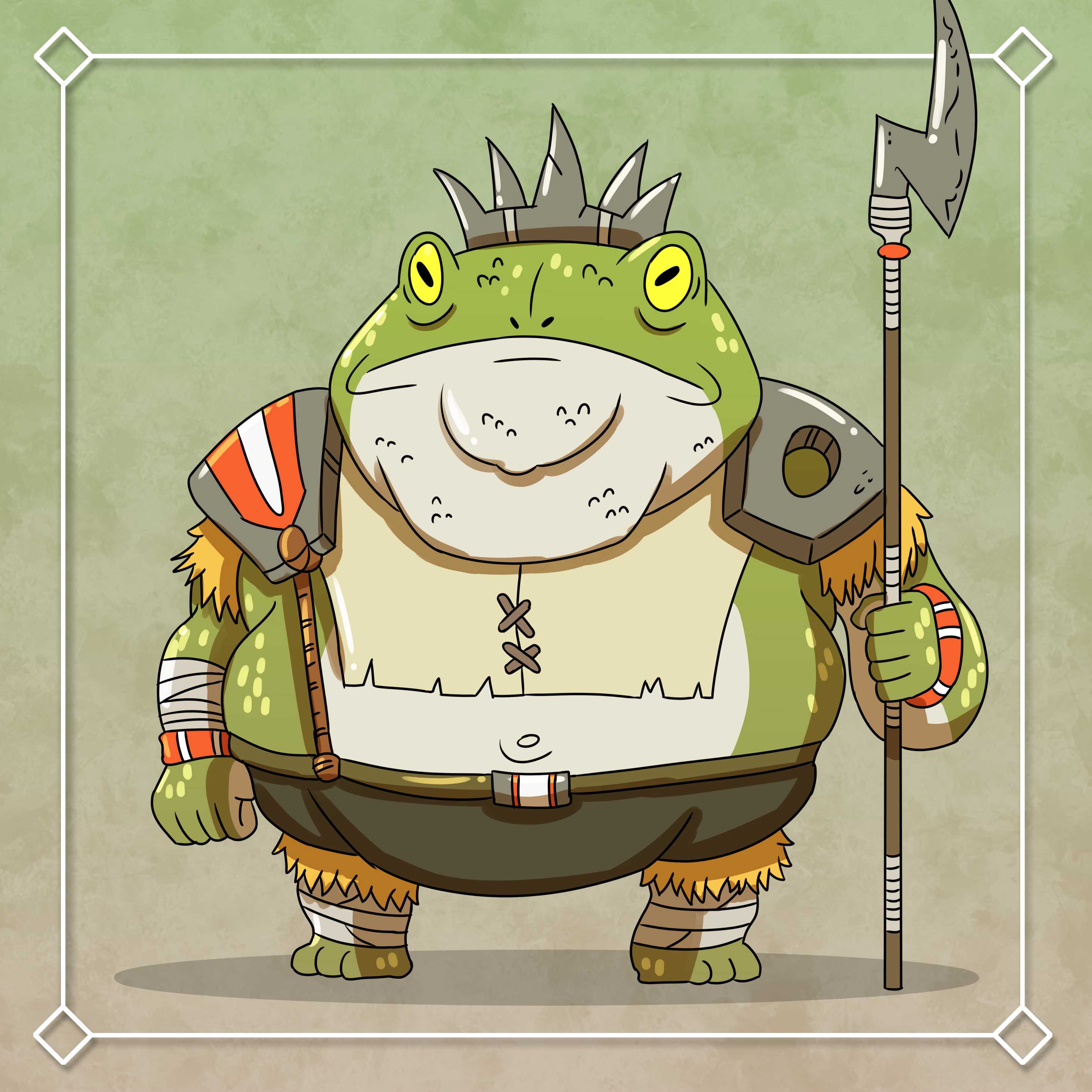 8. BULLYWUG KING
After sneaking deeper into the Bullywug's lair the heroes find the leader of the Bullywug clan: A rotund 8-foot tall Bullywug king. As they enter the king’s throne room the heroes see several piles of stolen goods and the two kidnapped Rancors. After a valiant fight the king is slain, the heroes victorious and the Rancor’s happily reunited! 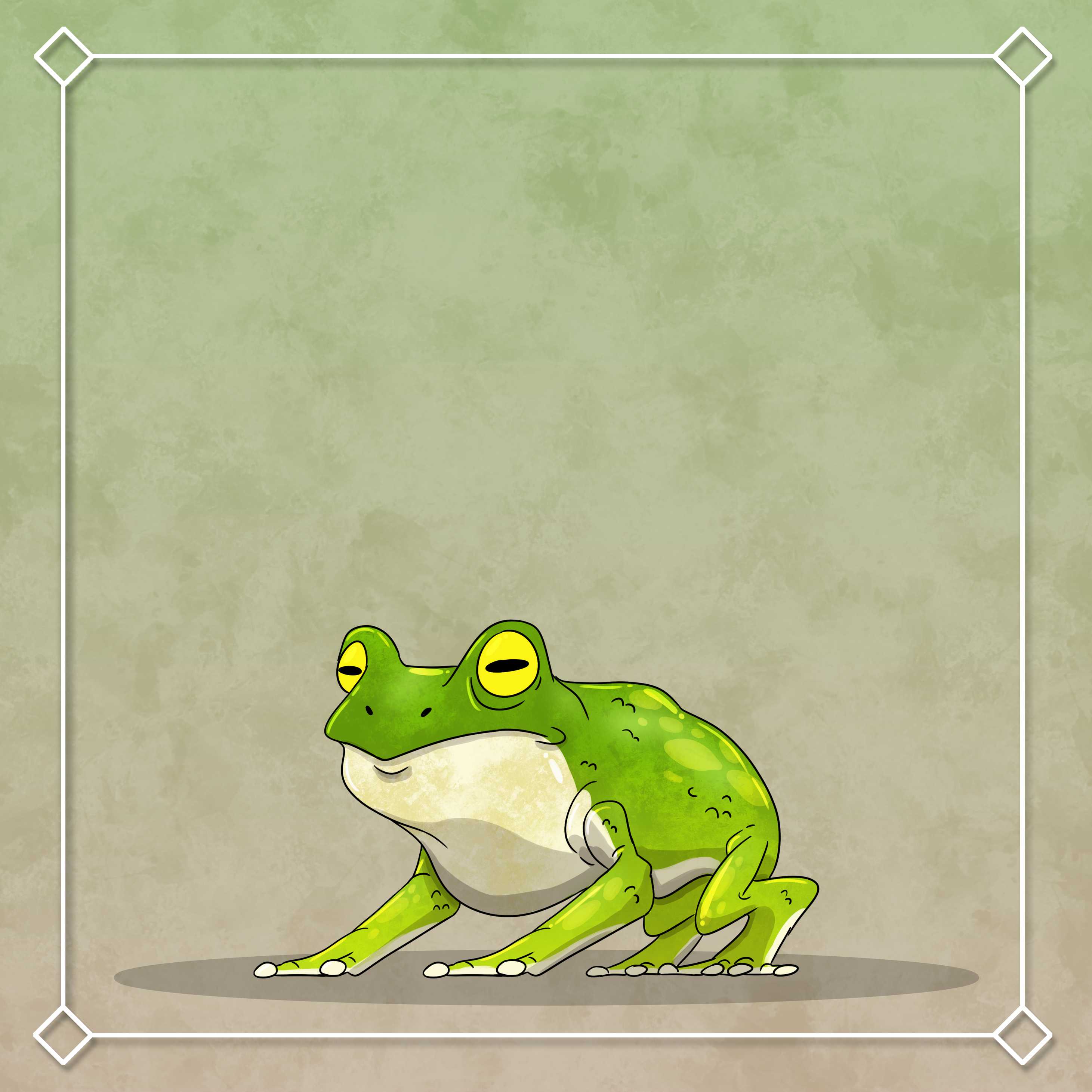 7. GIANT FROG
The Bullywugs here keep several giant amphibians as pets and mounts. These giant frogs serve the clan well as guard hounds too. They all bid their masters will to their death. 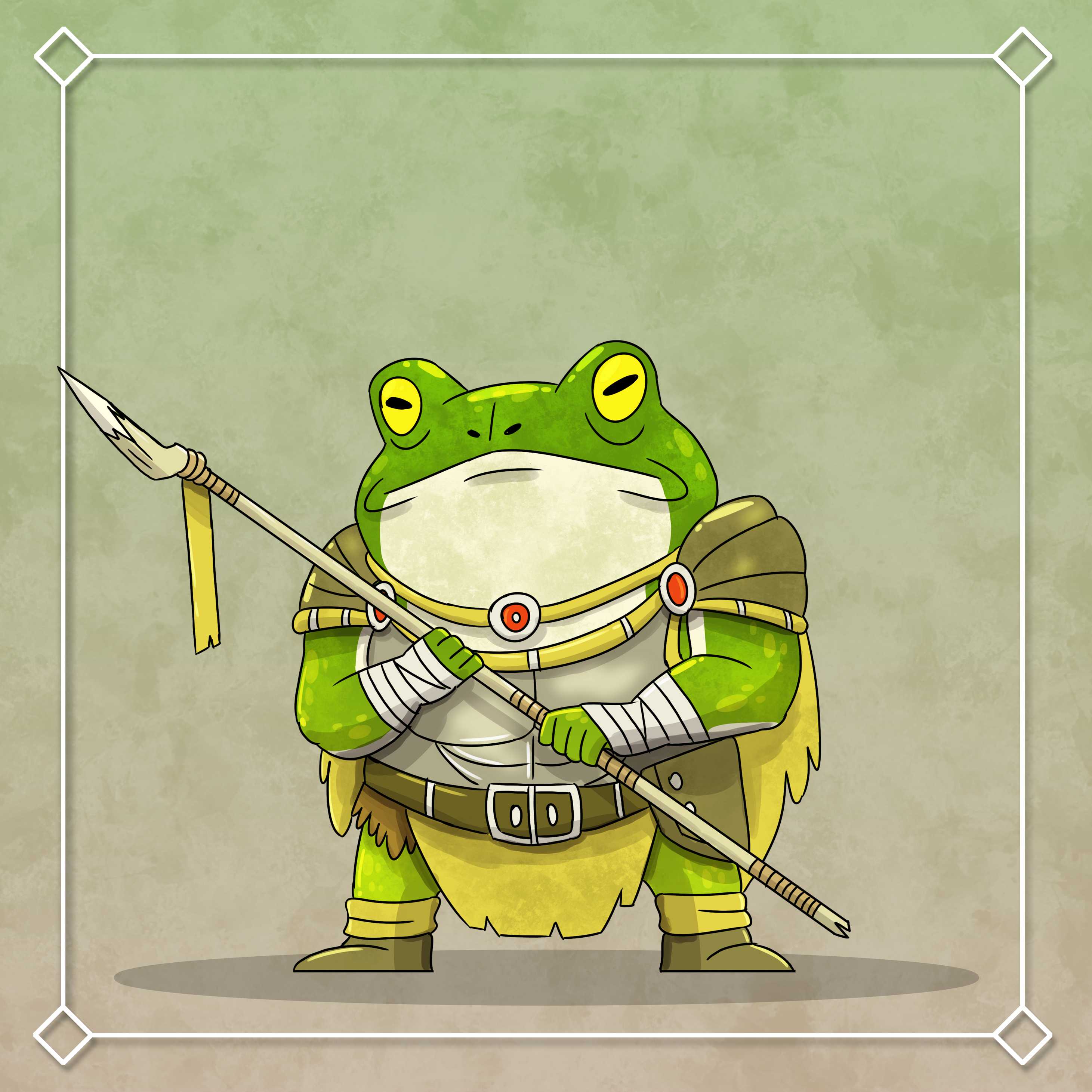 6. BULLYWUG
Following the trail left by the creatures, the heroes come upon a small cave at the edge of a sluggish bog. Inside is a clan of people-eating Bullywugs. The heroes try to sneak in but are spotted by the guards, a fierce skirmish occurs. After a long fight, the heroes claim their first combat victory. 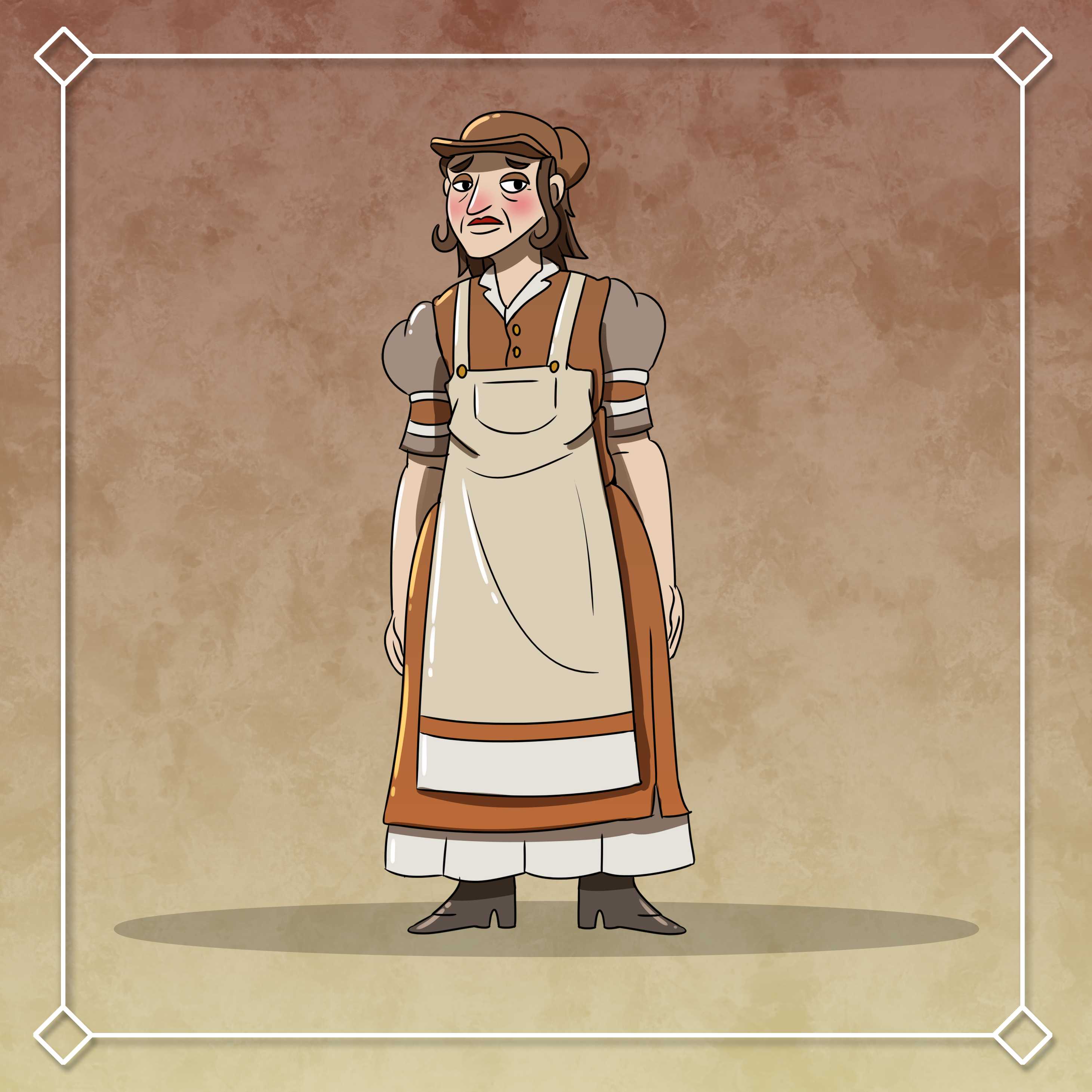 5. FRIEDA RANCOR
The hero’s first foray into adventuring comes from a distraught woman along the road near the town of Emmerset, the largest town in the Argyle Valley. Frieda Rancor desperately pleads for aid as the characters approach. Her husband and four-year-old daughter were taken by several large “frogmen” who ambushed their wagon as they were heading home. The heroes boldly and quickly accept the quest. 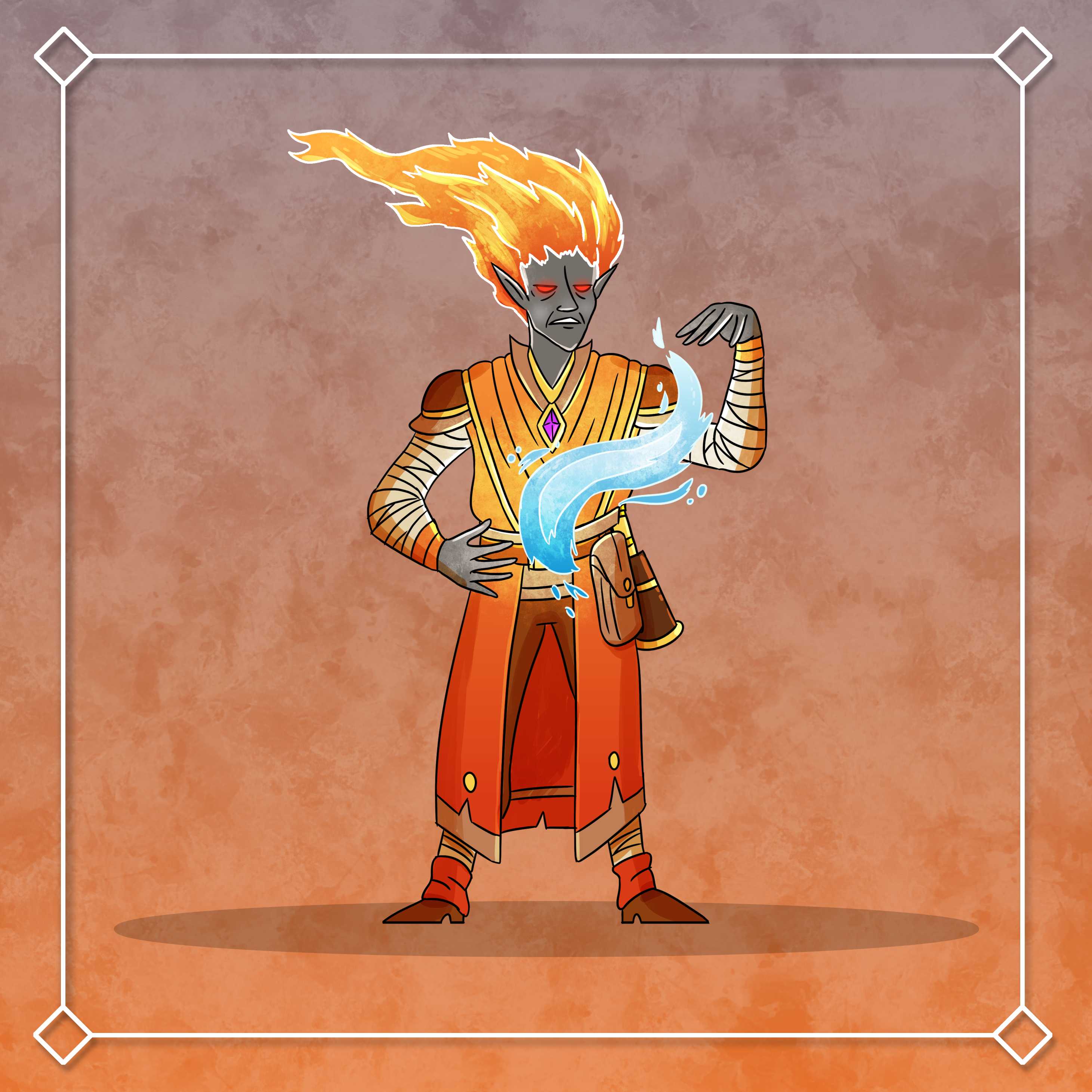 4. INCANDESCE
Incandesce was born Dhirvor Pimes to the drow house of Pimes on the continent of Zxendria. The union that gave life to Dhirvor was forged between the drow matron Maazeen Pimes and the efreeti Kelkiln. Incandecse, as he became known, grew knowing only scorn and disappointment from his mother. His birth was meant to be an ultimate offering to the dark god Pelizzir, and when this dark truth came to light Incandesce to fled his home city and continent to the city of Goldenmarch to live with his exiled uncle Ogtyn Pimes. Incandesce's true adventure began when he joined an adventuring party who was following the path of a druid looking for a mysterious god. Incandesce is the fourth of four PC’s, he is played by Devon Hebert (📷 @oneofmanydevons). 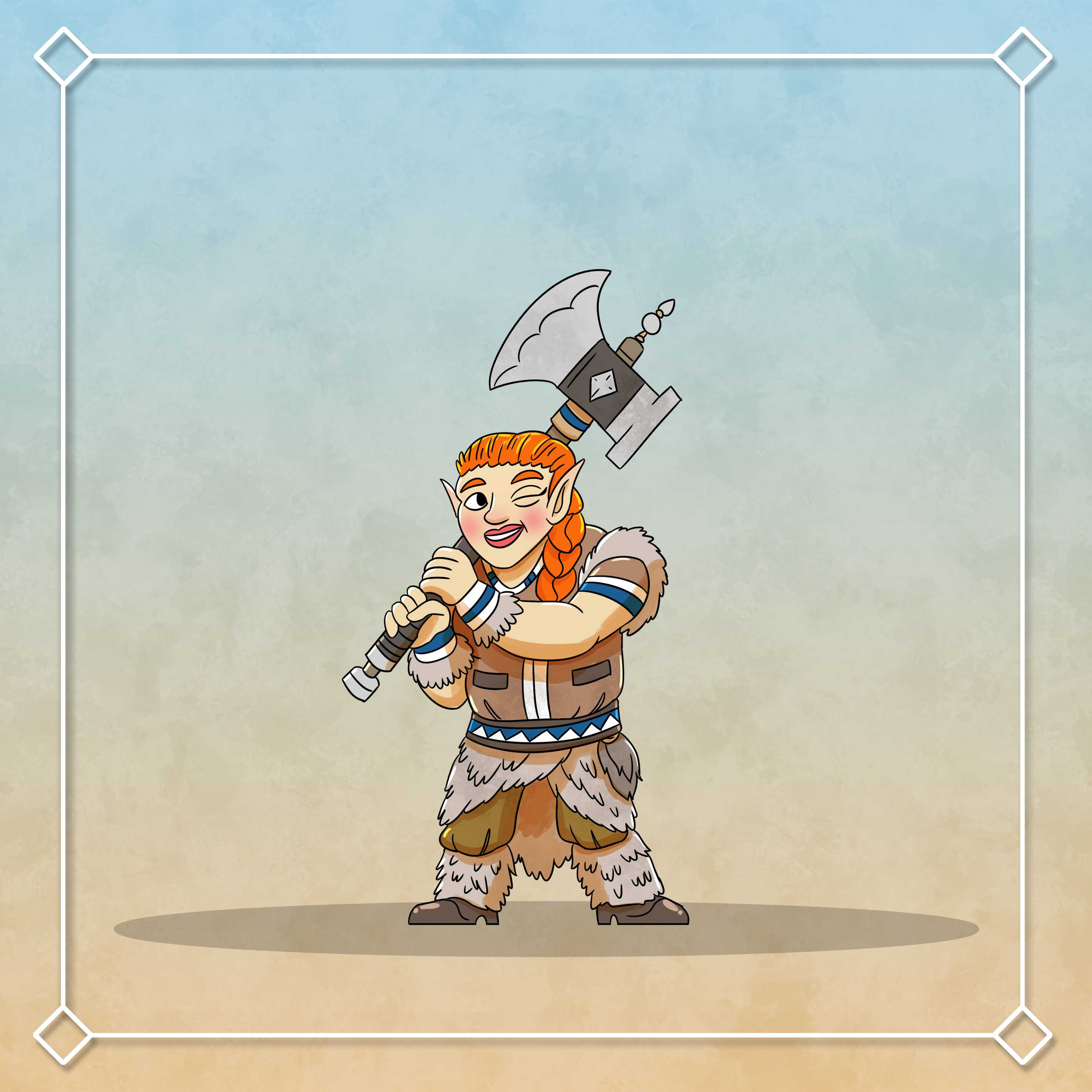 3. SIGNY
Signy the gnome barbarian, never knew her true parents. She was left, as a child, in the care of two human barbarians: Tanya and Eldon of the Herd of the Tempest. Signy was raised to be a fighter and hunter in the unforgiving Southern wastelands of Nost which hardened her resolve. As time went on Signy longed to find out more about her parents. Were they still alive? Where could they be now if alive? This bold journey took her north to the city Goldenmarch. While she waits to find more news about her family, she agrees to help a Firblog druid named Lorcan travel east to the Argyle Valley. Signy is the third of four PC’s, she is played by Sarah Friesen (🐦📷 @youcantrewind). 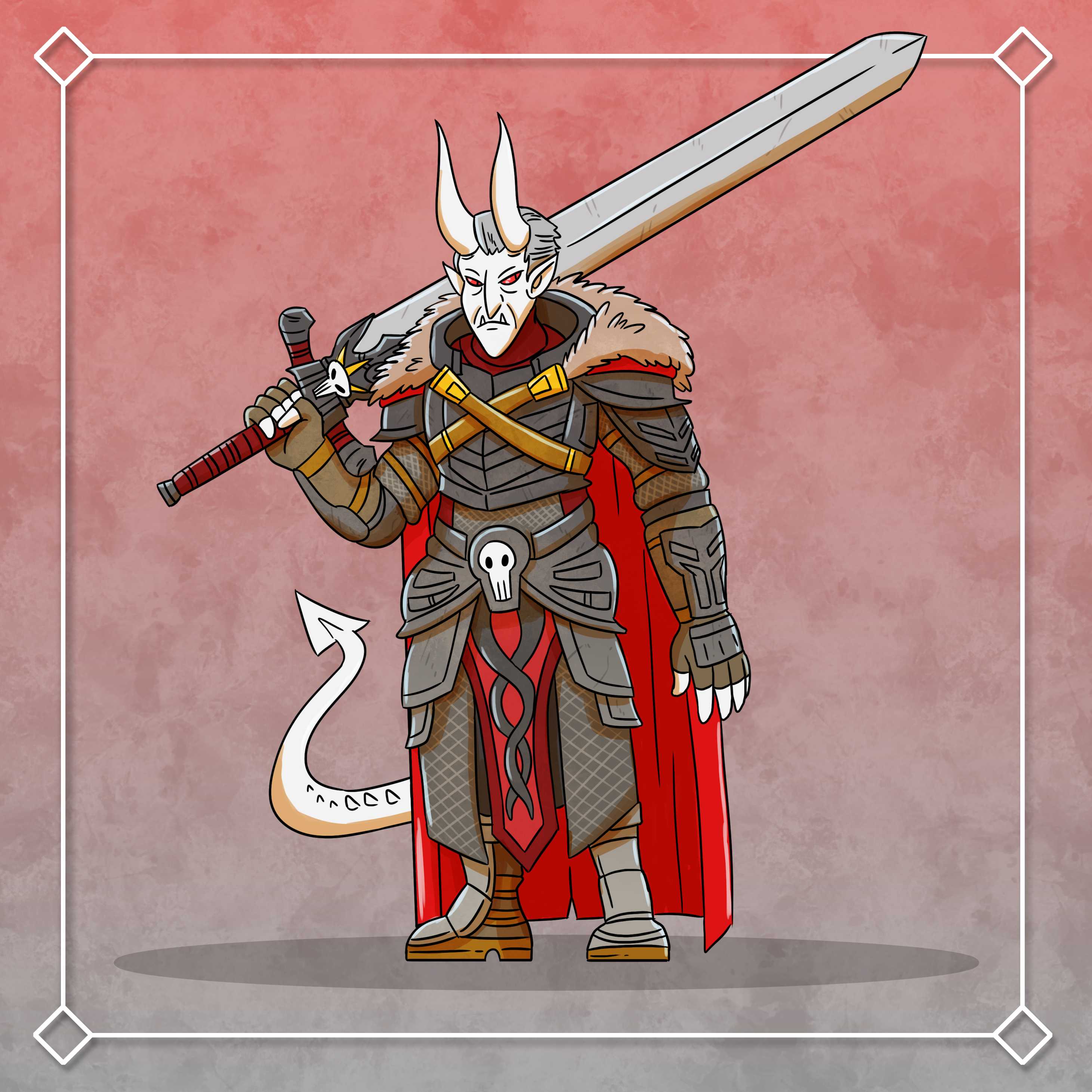 2. SEVREAL
Sevreal the tiefling paladin was abandoned as a child discovering how to fend for himself at a young age. He eventually became allied with an adventuring party known as the Valiant Hands who were aligned to the chaotic neutral god, Vor. Years of doing good for no reward made the crew bitter and soon pledged allegiance to the chaotic evil god Thek. Sev refused to bow to Thek and was swiftly beaten and left for dead by his former companions. While awaiting vengeance against them, Sev accepts a job helping a large Firblog named Lorcan as he journeys east. Sev is the second of four PC’s, he is played by Matthew Friesen (🐦📷 @mattfreezen). 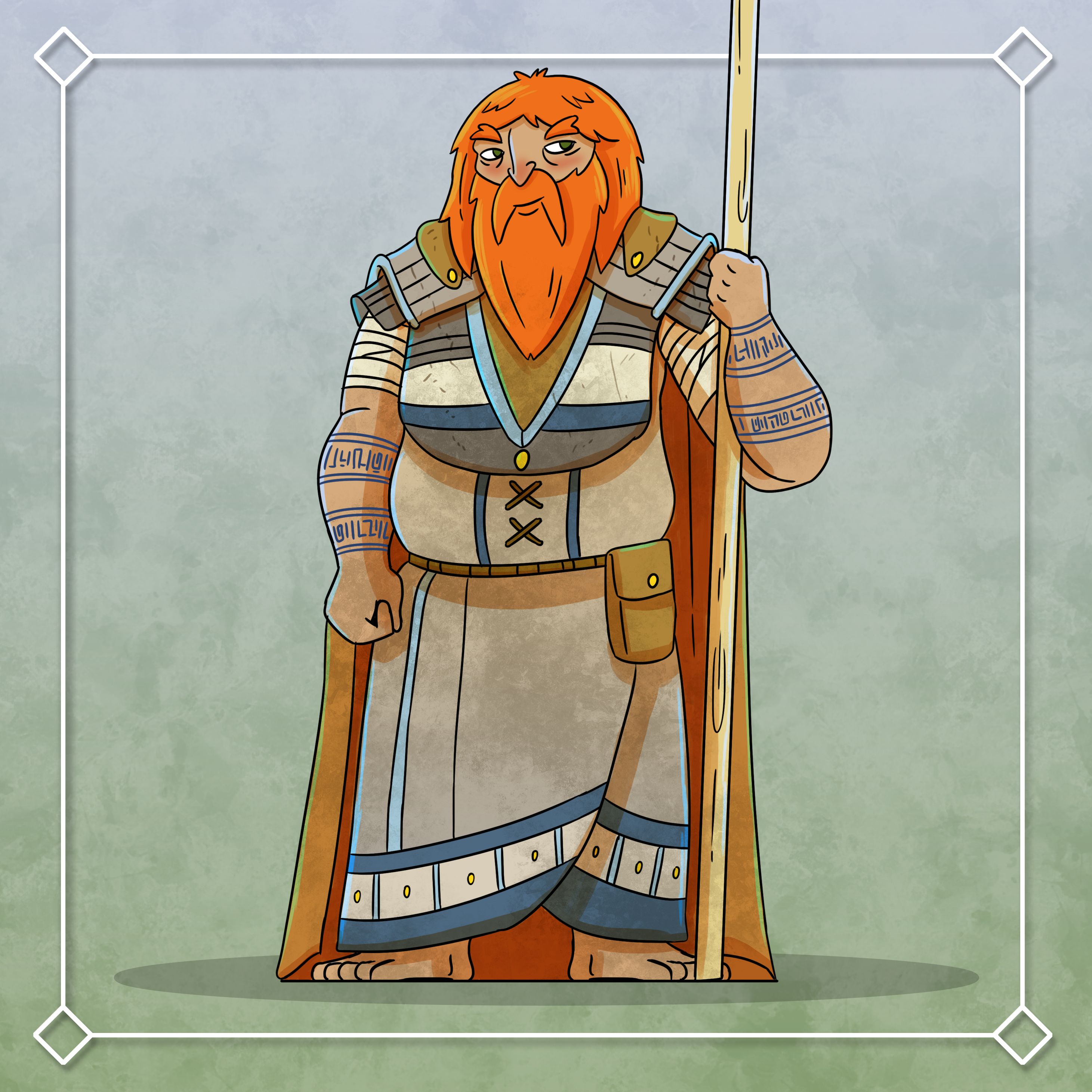 1. LORCAN MACGERAULT
The story begins in the northern lands of Nost the largest continent on the planet Vorus. A firblog (4E styled) druid is stricken with tragedy when his family is attacked by an evil necromancer named Keltross, aided by Lorcan's long-time friend turned evil: Gindle. After the siege on his people, Lorcan hunted Gindle down and slew him. After the ordeal, Lorcan headed south, following a strange voice to seek vengeance on the necromancer and discover his destiny. Lorcan's journey soon brings him to the vast coastal metropolis of Goldenmarch where he sought protectors to venture with him as he follows the voice of his unknown deity. Lorcan is the first of four PC’s, he is played by Thomas Rispler.