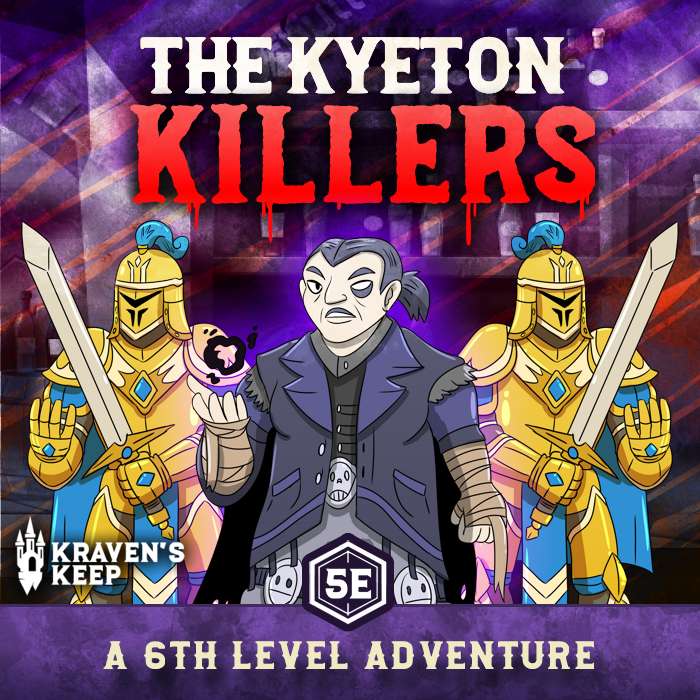 Nest of Thorns is a Fifth Edition adventure designed and optimized for four players of 6th level. This adventure works well set near a small village or on the outskirts of an urban metropolis, somewhere an empire, republic or militia owns inspection outposts near a border.

The Kyeton Killers are a fierce and powerful gang of cutthroats, led by a human female necromancer named Fel Kyeton.
Fel came from a line of arcane wielders who became disappointed with her magic abilities. The Kyeton's proceeded to cast Fel out of the family home and ostracized her from their lineage. Fel grew bitter over the years and has been attempting to grow powerful enough to slay her entire family. This blood-thirsty ambition began to attract other hateful kinds and soon a band of killers was born.
One week ago the Killers infiltrated an imperial outpost stationed near the edge of the empire. The bandits coordinated several swift and simultaneous attacks which crippled the outpost's defenses. Soon after Fel used her magic to turn the fallen imperial knights into undead slaves which helped to clean up the rest of the platoon.
No survivors remained and the gang silently slipped into the roles of the outpost. They now use it to extort money from travelers and to build an undead horde by slaying those who appear to possess resistance or wealth. Many have fallen prey to the Kyeton Killers, will the party be next?

Install this Add-On via the dropdown menu in the Game Addons section of the Game Details Page. Select The Kyeton Killers below and click on the blue Add to Game button beside the drop down menu.
For more adventures from Kraven’s Keep head over to our Roll20 Marketplace