The House of Straw VTT 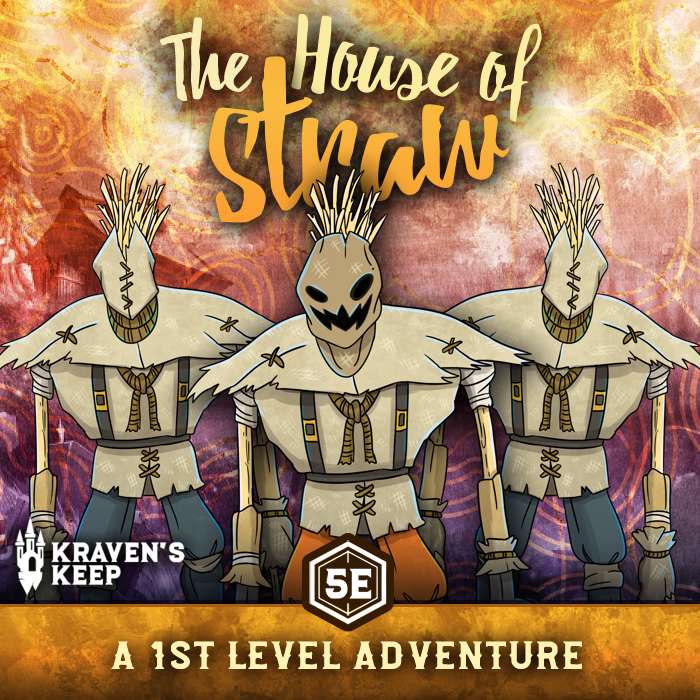 The House of Straw is a Fifth Edition adventure designed and optimized for four players of 1st level. This adventure works well in a creepy forest or remote wilderness.

Several years ago an elderly human warlock engaged in dark rituals to gain power and demonic servants. With the powers she gained, the witch would offer magic wards and favors to those who desperately sought her aid. While the woman was vile and sadistic in life her evil influence was shallow and she left not much of a trace of her dark works after she died. The most curious thing she left behind was her scarecrow servants that tend to her remains and property. While not outwardly violent, these constructs have created an eerie aura in the vicinity they inhabit. These scarecrows are protective of the witch's home. Perhaps a secret treasure lies somewhere within it?

Install this Add-On via the dropdown menu in the Game Addons section of the Game Details Page. Select The House of Straw below and click on the blue Add to Game button beside the drop down menu.
For more adventures from Kraven’s Keep head over to our Roll20 Marketplace