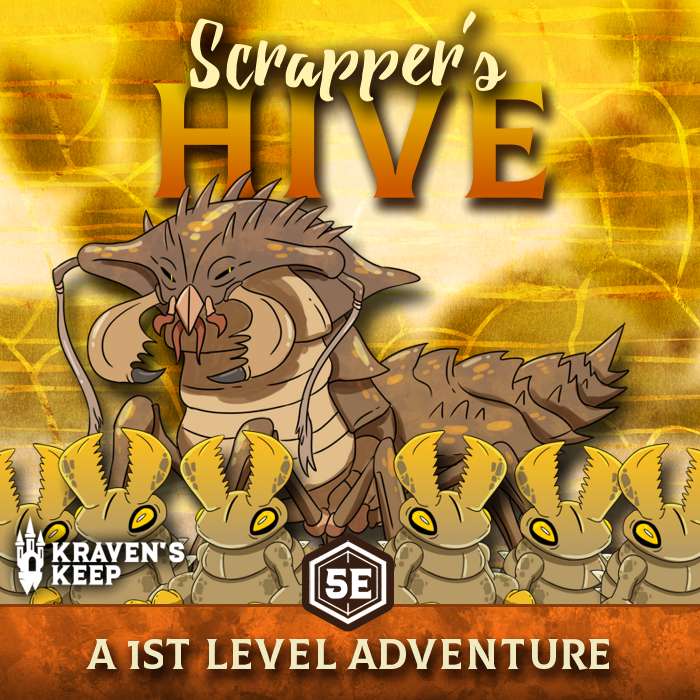 Scrapper’s Hive is a Fifth Edition adventure designed and optimized for four players of 1st level. This adventure works well placed in a remote wilderness location or near a rural town or village.

Scrapper the ankheg was a simple, solitary creature. She normally hunted and ate moles, badgers, and other rodents that burrowed into her small cave. About a month ago a colony of pincers, small bipedal burrowing creatures, invaded her cave and began to attack. While Scrapper defeated some, the pincers' numbers prove too much for her and she has started leaving her comfy cave to hunt for food. These hunts have been leading her closer and closer to nearby towns, she has begun to set her sight son larger prey, like horses and livestock.