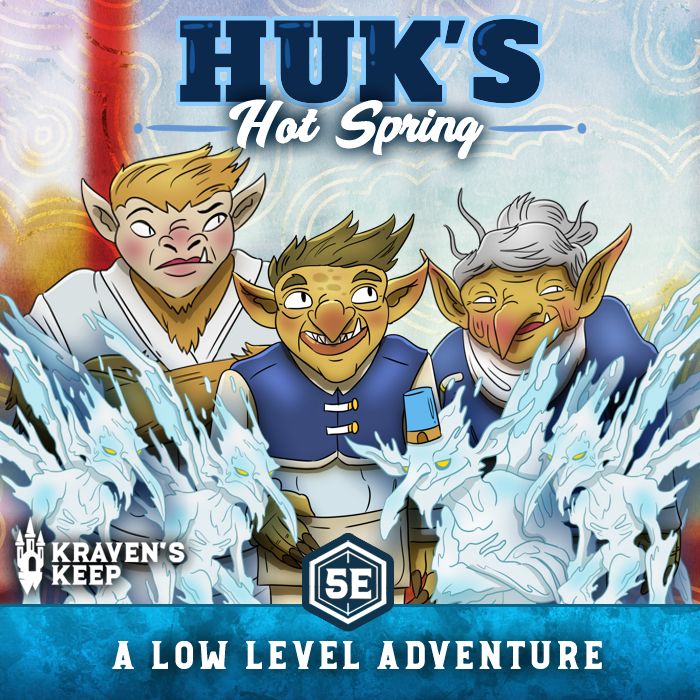 Huk’s Hot Spring is a Fifth Edition adventure designed and optimized for four players of low level (1-5). This adventure is a silly, light-hearted encounter that is roleplay only (no combat accepted in scenario). It works well set in a city or small town, wherever a bathhouse may be found.

Huk's Hot Spring has not been around very long but has quickly become a popular staple in town. The owner: Huk the goblin, opened his luxurious day spa and bathhouse nearly five years ago and offers service that caters to middle and lower-class clientele. Early this morning Huk discovered that there was no steam in their saunas and baths. He talked to the steam mephits living below the establishment who produce the steam and discovered they do not want to work anymore. Upon asking the elementals for their reason, the mephits replied they only wish to talk to an “impartial third party” about it. Can the characters figure out why the steam won't flow at the bathhouse?