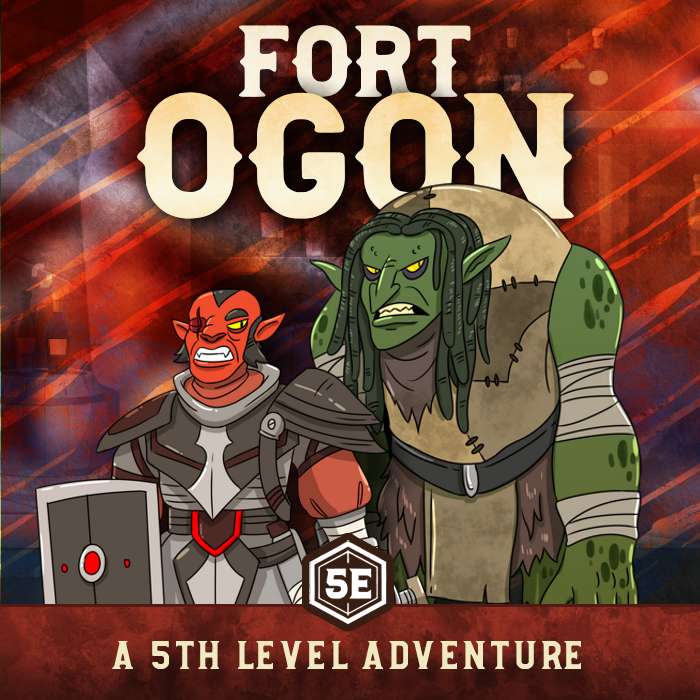 Fort Ogon is a Fifth Edition adventure designed and optimized for four players of 5th level. This adventure works well set close to a small country village or in a remote valley.

Fort Evander was established nearly three years ago in order to protect the growing city of Borilhaven. Captain Dana Fleetwood and her platoon were stationed by the empire to occupy and defend the imperial outpost. All was well until, a month ago when a warring band of hobgoblins ambushed Fort Evander and wiped out all the defenses there. Of the few who escaped came reports of a troll allied to the hobgoblins’ leader, Ogon. This troll, Kresh, tore through the soldiers as did the hobgoblins warriors who siged the outpost. There the goblinoids have remained, no one sure of what their future plans may be. The empire is now searching for mercenaries to take back the fort and put down the creatures within. The rest of the hobgoblin warband remained behind at their stronghold further north where they are nearly two hundred soldiers strong.

Install this Add-On via the dropdown menu in the Game Addons section of the Game Details Page. Select Fort Ogon below and click on the blue Add to Game button beside the drop down menu.
For more adventures from Kraven’s Keep head over to our Roll20 Marketplace