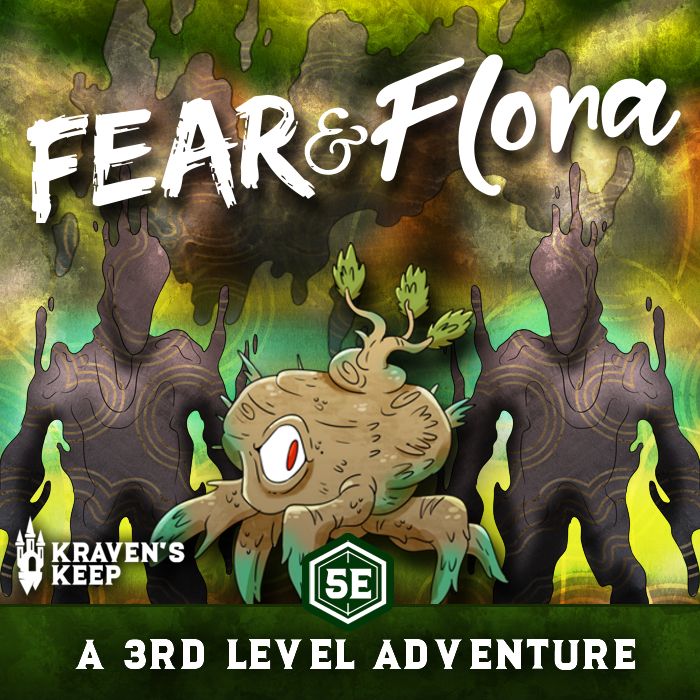 Fear and Flora is a Fifth Edition adventure designed and optimized for four players of 3rd level. This adventure works well set near a city or small town.

Erin and Melri Cathcart are former warriors of the king turned proprietors of a local conservatory and seed nursery known as Cathcart's Hollow. Two days ago, Erin obtained some seedlings of a rare herb he wished to cultivate and potentially sell. He was told they were mandrake roots by the merchant but in fact, Erin had been given gorrah roots, which are living plant creatures with malicious sentience. The following day, while Melri was working in the plant nursery, one of the roots Erin bought attacked Melri with its illusionary magic. It caused her to see the spirit of an old deceased lover who had abused her long ago. The spirit lunged at Melri in the greenhouse, she heard the vile spirit’s scream before her mind went dark. The gorrah root dealt a massive amount of psychic damage while using Melri's past trauma. Due to Melri's warrior constitution, she was spared from a fatal attack and was just knocked unconscious. Erin found his wife passed out not long after the incident and nursed her back to health in their home. Once she was able to share the account of her attack, the Cathcart's began to seek out help to rid their conservatory of the “vengeful spirit” within.